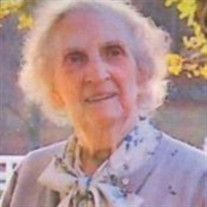 Ann (Buehler) Yakel, 96, went home peacefully to the Lord in the early morning of May 14, 2022. Born in Albany on January 22, 1926, Ann was the daughter of the late Anthony and Josephine (Goetz) Buehler. Ann was a devoted wife, mother and mentor to her family and many friends. Ann was educated in Albany, and was an accomplished musician, beginning piano lessons at the age of 5. In 1941, at the age of 15, she became the youngest fulltime organist in the history of Our Lady Help of Christians (OLHC) church, located in Albany’s South End. Ann remained as the OLHC organist until the church closed in 2008, making her the longest tenured organist in the church’s long history, with more than 66 years of service. Ann also served as the organist at the Albany Veteran’s Administration Hospital Chapel for over 25 years, where her music helped soothe the souls of many veterans and their families. For many decades, Ann was sought after for her musical excellence, and she served her local community, playing at hundreds of weddings, funerals, and other special events at local parishes and other locations. She was a member of the American Guild of Organists, and, in her earlier years, Ann also played the cello in the symphony orchestra. Ann was a devout Catholic, and maintained a strong, unwavering faith throughout her long life. She had an inner strength that seemed to know no bounds. Ann was tested many times over, perhaps most significantly when her beloved husband, Francis A. Yakel, passed away, leaving her as a young widow of 11 children. At that moment, she became everything, in every way, to her large family. Ann saw all of her children through school, college, weddings, and many other life experiences, never asking for anything, but always giving everything that she could. Always a lady, and with a quiet dignity that was her hallmark, those who knew her were fortunate that she showed the way to carry on her legacy. Ann was one-of-a-kind, and her family was blessed to have had her as a parent and guide. While raising her large family, Ann also worked full time as an executive secretary for the NYS Senate, retiring in 1989 after 20 years of service. She was a member of the Council of the Columbiettes #163. Ann also enjoyed being on the South End Ladies Bowling League, and somehow found time to learn square dancing and golf. Ann watched the Wizard of Oz annually, and had many laughs with her family, often repeating lines from the movie. She enjoyed traveling when the opportunity presented itself, but most of all, she loved seeing and spending time with her family, including grandchildren and great-grandchildren. In 2000, The Holy See conferred Ann with a knighthood as a Dame (Lady) of the Equestrian Order of the Holy Sepulchre of Jerusalem, during a solemn investiture ceremony at St. Patrick’s Cathedral in NYC. In 2003, she was elevated to the rank of Dame Commander, and in 2006, Ann was again elevated to the rank of Dame Command With Star. Ann’s initial appointment and subsequent promotions were in recognition of her faithful service and demonstrated commitment to the Order and her lifework on behalf of the Church. Ann was both humbled and proud to be honored in this very special way, and her faith and love of the church was her compass and a constant companion. Ann was the wife of the late Francis A. Yakel, Sr., who passed away in 1973; beloved mother of Ann (Raymond) Moot of Albany; Linda (Richard) Brown of MI; Francis Yakel Jr., of Albany; Mary Beth (Robert) Ardrey of FL; Paul Yakel of Albany; Ellen (William) Van Valkenburg of Delmar; Christine DiVeglia of Colonie; Edward (Pamela) Yakel of Westerlo; John (Lisa) Yakel of Cohoes; Joseph (Lisa) Yakel of Niskayuna; Regina Stewart of Clifton Park; and additional Son’s-in-Law Carl DiVeglia, David Reach, Michael Stewart; sister of Paul (Ann) Buehler of Delmar, the late Anthony (Rita) Buehler of CT, and the late Edna (James) Madigan of CA. Also survived by 27 grandchildren and 29 great-grandchildren, many nieces and nephews. Ann was pre-deceased by her grandson, Christopher Stewart, in 2012 and her great-granddaughter, Briana Paige Pologa-Donato in 1996. Ann’s funeral Mass will be celebrated on Friday, May 20, 2022 at 10:30 am at St. Francis of Assisi Church, 391 Delaware Ave, Albany. Interment will follow, at Our Lady Help of Christians Cemetery in Glenmont, NY. Relatives and friends are invited to visit with Ann’s family at the Daniel Keenan Funeral Home, 490 Delaware Ave, Albany, on Thursday, May 19, 2022 from 4pm to 7pm. The family would like to express their heartfelt thanks and appreciation to the Teresian House, 2nd floor Staff, for their loving care of Ann over the past several years. Their support has been a blessing to Ann and the family. In lieu of flowers, donations may be made to the Alzheimer’s Association at url=https://www.alz.org], 800-272-3900 or via mail to the Alzheimer's Association, P.O. Box 96011, Washington, DC 20090-6011.

Ann (Buehler) Yakel, 96, went home peacefully to the Lord in the early morning of May 14, 2022. Born in Albany on January 22, 1926, Ann was the daughter of the late Anthony and Josephine (Goetz) Buehler. Ann was a devoted wife, mother and... View Obituary & Service Information

The family of Ann B. Yakel created this Life Tributes page to make it easy to share your memories.

Send flowers to the Yakel family.