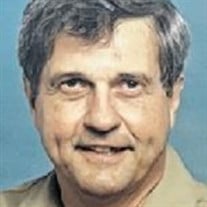 Anthony T. Fleishman, a son of Albany and a veteran of the U.S. Navy, died Wednesday, January 12, 2022, in his sleep. He was 86. A quiet, gentle man with a giving spirit and a natural curiosity, he embodied this line from the writer Beryl Markham: "If a man has any greatness in him, it comes to light, not in one flamboyant hour, but in the ledger of his daily work." He was born on February 5, 1935, the son of Margaret and Irving Fleishman, who for years ran Fleishman's clothing store at the corner of State and Lodge Streets. Anthony (Tony) fell in love with and married Anne Slattery, a union that stayed young after 65 years and was an enduring lesson to all who knew them. A graduate of Albany Boys Academy and Bowdoin College, Tony was a naval officer for 21 years. He started with Naval Intelligence in Japan and served two tours in Vietnam, later rising to executive officer of the USS Holder Destroyer (DD-819). He retired as a commander. He went on to receive a master's degree in Higher Education Administration from George Washington University. He taught German, Latin and NJROTC in Edison, N.J. and Orlando, Fla. He traveled the world and marveled at his place in it, telling stories about flying reconnaissance missions, the silence of an open sea, or how as a boy he made up games and played in the woods behind his family home on Rosemont Street. He was a carpenter and a tinkerer, building bookcases and fences, taking apart a car engine. His endlessly inventive, if quixotic, battles to keep squirrels out of his bird feeders became legend. Halloween was his favorite holiday; he spent hours rigging ghosts to drop from eaves and skeletons to flash in windows. A gifted writer, Tony won a literary contest with his short story, "The Snow Dreamer." He loved the dawn, when the world was still, and the possibilities many. He could distill a moment into a single phrase as when he climbed the stairs inside the cupola of St. Peter's Basilica and looked out over the city of Rome: "Imagine all this beauty beneath us." Tony is survived by his wife; six children, Jeff (spouse: Clare), David (Avi), Lisa, Greg (Michelle), Peter (Jo-Ann) and Mark (Eve); 11 grandchildren, seven great-children, many nieces and nephews; his sister Pat; and his sister-in-law, Yachiyo 'Mickey'. He was preceded in death by his brother, Irving Paul. A memorial service will be planned for the spring. In lieu of flowers please send donations to the Alzheimer's Association.

Anthony T. Fleishman, a son of Albany and a veteran of the U.S. Navy, died Wednesday, January 12, 2022, in his sleep. He was 86. A quiet, gentle man with a giving spirit and a natural curiosity, he embodied this line from the writer Beryl Markham:... View Obituary & Service Information

The family of Anthony T. Fleishman created this Life Tributes page to make it easy to share your memories.

Anthony T. Fleishman, a son of Albany and a veteran of the U.S....

Send flowers to the Fleishman family.