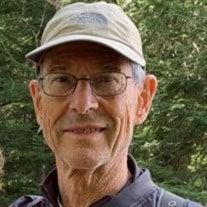 David Edwin Burtis…”He doesn’t have an enemy in the world” is the way everyone would describe him. Born on October 3, 1941, David died peacefully at home on May 8, 2022, from ALS, surrounded by his family: his soulmate and wife of fifty years, Linda Anne, and his daughters, Rachael Carson Carricaburu from Alaska and Sarah Anne Kellogg from Colorado. He is also survived by his five adoring grandchildren, Elijah, Simon, Sebastian, Henry and Mattie. They cherished everything their grandfather taught them from sailing and chess, to watching the stars at night and listening to birdsongs. He was a treasured brother-in-law and uncle in his wife’s large family, where his insights about global events and environmental issues were highly valued. Throughout college at Middlebury, the University of Pennsylvania and RPI, he was a student of history, political science, international relations and econometrics. David had an indefatigable passion for politics and activism—campaigning for good government candidates on the local and national levels throughout the United States. He protested the testing of nuclear weapons in the Utah desert and led the peace movement in the town of Bethlehem that resulted in Bethlehem declaring the town a nuclear-free zone. He was an early adopter of electric vehicles, all of which used his signature license plate “Less Gas.” Recently, he was a key advisor for the Bethlehem’s School District’s purchase of five electric school buses, the largest green purchase in New York State. David has always had a strong bond with nature and the outdoors. He climbed to the high point of 22 states, as well as Machu Picchu and numerous Alpine peaks. His favorite trek was the classic Tour du Mt. Blanc, where he could walk unguided using his French and Italian language skills. His passion was sailing: he was an accomplished Laser sailor, who also raced in the nationals of the Sunfish class. He continued to compete on the water, even after he was diagnosed with ALS. Relatives and friends are invited to visit with David’s family Thursday, May 12, 2022 4:00 pm to 7:00 pm at St. Vincent De Paul Church, Albany, NY. Funeral services Friday at 11:00 am St. Vincent De Paul Church, Albany, NY where his Funeral Mass will be celebrated. The family requests all attendees wear masks for the visitation and Funeral Mass. The Rite of Committal will be held at Most Holy Redeemer Cemetery immediately following the Mass.

The family of David E. Burtis created this Life Tributes page to make it easy to share your memories.

David Edwin Burtis…”He doesn’t have an enemy in the world” is...

Send flowers to the Burtis family.