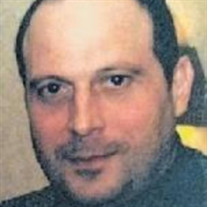 David B. Costa passed from this life unexpectedly, at home, on Monday, Memorial Day, May 30, 2022. He was 67 years of age. David was born in Troy on March 24, 1955, and was the son of Anthony Victor and Josephine (Galle) Costa. He was a life-long resident of Troy and was a 1973 graduate of Troy High School. Upon his graduation, David, a talented electric guitar player, formed the Emerald City Band with his friends and played around the Northeast for ten years. The band reunited after thirty years and continues to play at local venues. At the age of 28, David furthered his education at Siena College in Loudonville where he earned a bachelor's degree in business. He took employment with Merrill Lynch, Pierce, Fenner & Smith Inc. in Latham where he worked for 31 years and at the time of his death was assistant vice president and senior financial advisor for the firm. David enjoyed a variety of interests. He had an appreciation for vintage cars and was especially fond of driving his Mercedes Benz. He was an ice hockey enthusiast and was a fan, currently, of the New York Rangers and most other times the Washington Capitals. He was an annual season ticket holder of R.P.I. Engineer Hockey. David loved dogs, especially Rottweilers. David made friends with almost everyone he met and will long be remembered for his sense of humor which earned him a reputation as a prankster who was considered always fun to be with. He enjoyed his relationship with his clients whom he considered each his friend. David created a Facebook page known as "The Misadventures of the Troy Music Mafia 1970-75," a social media gathering place for Troy musicians of the early 1970s to share their memories and stories. David was deeply rooted in his Christian faith. David is survived by his loving wife, Anne Hango Costa; his son, Jacob D. R. Costa; his daughter, Angeline R. Costa; his mother, Josephine Galle Costa; his father and mother-in-law, Roy A. and Margaret E. Hango of West Berkshire, Vt.; his brothers and sisters-in-law, John T. (Lisa) Hango and Tom (Pam) Hango all of West Berkshire, Vt.; his nieces and nephews, Erika (Marc) Rodriguez, Alex (Sandy) Hango, Chris, Melissa, Katie and Abbie Hango; grandniece, Evelyn Hango as well as several cousins. Friends are invited to visit with David's family on Friday from 4:30 until 7 p.m. at Our Lady of Victory Church, 55 North Lake Ave., Troy. The evening will conclude with a prayer service at 7 p.m. followed by a reception, including lite fare and the sharing of memories of David, at the Franklin Terrace, 126 Campbell Ave., Troy. A funeral Mass will be celebrated by the Reverend Randall Patterson on Saturday at 10 a.m. in Our Lady of Victory Church and the Rite of Committal and interment will follow in St. Mary's Cemetery, Troy. For those who wish to remember David by contributing to a charity, his family suggests the Boys & Girls Club of Troy, 1700-7th Ave., Troy, NY, 12180 or to Bethany at Unity House, 2431 6th Avenue, Troy, NY, 12180.

David B. Costa passed from this life unexpectedly, at home, on Monday, Memorial Day, May 30, 2022. He was 67 years of age. David was born in Troy on March 24, 1955, and was the son of Anthony Victor and Josephine (Galle) Costa. He was a life-long... View Obituary & Service Information

The family of David Bruce Costa created this Life Tributes page to make it easy to share your memories.

David B. Costa passed from this life unexpectedly, at home, on...

Send flowers to the Costa family.