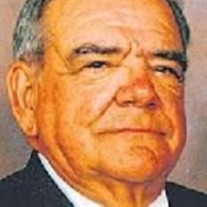 Donald A. Romano, 88, died peacefully on July 2, 2021, at Albany Medical Center after a brief illness. Born in Brooklyn and raised in Newburgh, N.Y. Donald was the son of the late Arthur and Ruth Krokonus Romano. After high school, Don attended Lafayette College and graduated in 1954. His college experience was both memorable and formative. As a freshman he became a member of the Sigma Nu fraternity where he made life-long friendships. After college, Don enlisted in the U.S. Army and served in the Counter Intelligence Corps. He was stationed in Japan for the length of his service. Don would later move to Albany to begin a successful career with the New York State Department of Labor. Donald lived a full and remarkable life and would often tell stories about his college, military and travel experiences to his grandchildren. Known for his prodigious memory, Don was a contestant on the game show Jeopardy in 1968. He was an avid sports fan and attended many of his grandchildren's games and events. As well, Don became a certified track and field official after volunteering for several years at the prestigious Eddy Meet in Schenectady and continued to officiate into his late seventies. He made many friends in the track and field community in that time. Donald is survived by his brother Richard Romano and sister Ruthann Marquez; the children of his deceased wife, Marilyn (Seabridge) Romano: Wayne K. Seabridge (Tammy), William R. Seabridge, Catherine E. Donaldson (Thomas), and Karen A. Generali (Robert); and his grandchildren, Keith, Gwen, Tyler, Corbin, Nicholas, Bradley, Zachary, Alexander and Jacob. He is also survived by several great-grandchildren, nieces and nephews. The family would like to thank Don's caregiver Kelly for her kindness and compassion. A private service will be held on Saturday, July 10, to celebrate Don's life and will be followed by interment in St. Agnes Cemetery. In lieu of flowers, donations may be made in Don's name to the Juvenile Diabetes Research Foundation, Upstate New York Chapter, 1757 Central Ave. Suite 102, Albany, NY, 12205.

Donald A. Romano, 88, died peacefully on July 2, 2021, at Albany Medical Center after a brief illness. Born in Brooklyn and raised in Newburgh, N.Y. Donald was the son of the late Arthur and Ruth Krokonus Romano. After high school, Don attended... View Obituary & Service Information

The family of Donald R. Romano created this Life Tributes page to make it easy to share your memories.

Send flowers to the Romano family.