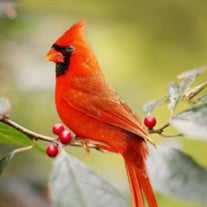 Elizabeth Ann McGovern Cross, 51, of La Mesa, CA, passed away unexpectedly on Sunday January 4, 2015. Born in Schenectady, New York on January 15, 1963, Beth was the daughter of the late John J. and Patricia Ann McTygue McGovern and was also predeceased by her younger sister Judy who also died suddenly in 1993. As a graduate from Niskayuna High School, class of 1981 and Samaritan Hospital School of Nursing in 1983, Beth followed in the footsteps of her mother becoming a Registered Nurse. Like her mom, Beth worked at Ellis Hospital in Schenectady then after relocating in 1987, she worked in various positions as an RN in San Diego. In 1991, Beth battled and conquered Hodgkin's disease, but after undergoing intense radiation therapy, dreams of being a mom and having children seemed impossible. In 2001 the love of her life, her son Ryan Anthony, was born. Her world revolved around Ryan and the life they built in La Mesa. Their life was happy and full of good friends. Beth is survived by her adoring son, Ryan, her loving older sisters, Kathleen Lansley and her husband Brian of Niskayuna, NY, Susan Stears and her husband Tim of West Charlton, NY and Mary Ann McGovern and her fiancé Gary Brown of Mariaville, NY. She was a devoted 'fun' aunt to Michael Toma, Erin (fiancé Jesse Pettegrasso) Lansley, Gregory (Kate) Toma, Dean Lansley, Christina (Cory Claudio) Breault, Jessica (fiancé Patrick Irwin) LaVallee, Victoria LaVallee, Page Lansley, Carly Lansley, Jenna Breault and Marissa Breault. Beth was also the crazy great aunt to Ethan, Hailey, Isabella, Natalie, Braedyn, Emma, Lilly, Sophia, Dillon, Addison and Carter. Beth was a beautiful spirit with an infectious smile. Her family meant the world to her and she cherished the wonderful times she spent with them all when she came 'back home' to visit. She had so much to live for and still so much to do. Her family and friends are brokenhearted. A Mass of Christian burial will be held on Thursday, January 22, 2015 at 10:00 AM at Holy Spirit Catholic Church in La Mesa, CA. The recitation of the Holy Rosary will begin promptly at 9am prior to the Mass. In lieu of traditional memorials, the family kindly requests that contributions may be considered in Beth's memory to a fund to be established for the care of her son Ryan [ care of Jones Funeral Home, 1503 Union St., Schenectady, NY 12309 ]

The family of Elizabeth Ann Cross created this Life Tributes page to make it easy to share your memories.

Send flowers to the Cross family.