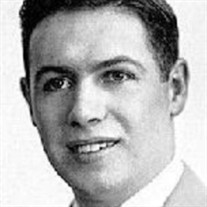 George M. Lussier, 92, passed peacefully at his home on May 12, 2022, after a long illness. Born on March 4, 1930, in Cohoes, he was the son of Hormidas and Clarinthe (Fortin) Lussier. George graduated from Cohoes High School and H.V.C.C., with additional advanced schooling. He was a veteran of the United States Army. On September 26, 1953, he married Margaret E. Bott. Early on in his career, he was employed by General Electric in Schenectady as an electrician. After that, he worked many years at Simmons Machine Tool in Menands, while attending night school to earn his degree. He formed his own company, "Omega Electric Controls," and for many years traveled nationwide and internationally, retrofitting industrial electrical systems. Devoutly Catholic, he was a communicant of St. Mary's Church in Waterford. George was happiest when he was helping others - stranger, friend or family. He could troubleshoot and fix anything, whether it be electrical, mechanical, plumbing or otherwise. He was a talented builder as well as an artist. He was a jack of all trades, with all the tools, and master of all of them, much to the benefit of his children and grandchildren. He was a perfectionist in all he did. He could be counted on day or night in all situations. He would even troubleshoot for grandchildren to step them through fixing plumbing problems while they were living in apartments out of town. As a dad and grandpa, he loved fishing, especially with his grandsons, be it at a small local pond, lake or off the coast of Massachusetts on a deep-sea charter. He enjoyed many other pastimes including camping, traveling, and attending his grandchildren's sporting and special events. The greatest joy and pleasure in his life was undoubtedly spending time with his family. He is survived by four daughters, Nancy Donohue, Deb Lewis (Rick), Gail Breda (Joe), and Lisa Pobran (Randy); his son, Gary T. Lussier (Rosemary); eight grandchildren: Chris, Ryan, Craig, Brittney, Blake, Cade, Katelyn and Kristyn; and two great- grandsons, one named after him, Everett George and Isaac James. He has one brother, Lawrence Lussier, of Northford, Conn. He was predeceased by his wife, Margaret Lussier; and two brothers, Joseph Armand Lussier and Donald Lussier. The family gives special thanks to Gail and Joe Breda who lived with George and took special care of him so he could remain in the house he built, as was his wish. The family also thanks special professionals, Dr. Argubano, the nurses and doctors at St. Peter's Hospital, Denise at Landmark Associates, Orlando, and Nicole and Colleen from Hospice. Calling hours will be on Monday, May 16, from 10 a.m. - 12 p.m. at the Philip J. Brendese Funeral Home, 133 Broad St., Waterford, followed by a Mass at 12:30 p.m. in St. Mary of the Assumption Church, Waterford. Burial will follow with military honors in St. Joseph's Cemetery, Waterford. In lieu of flowers, the family suggests that donations be made in George's name to St. Jude Children's Research Hospital, a place with special meaning for George.

George M. Lussier, 92, passed peacefully at his home on May 12, 2022, after a long illness. Born on March 4, 1930, in Cohoes, he was the son of Hormidas and Clarinthe (Fortin) Lussier. George graduated from Cohoes High School and H.V.C.C., with... View Obituary & Service Information

The family of George M. Lussier created this Life Tributes page to make it easy to share your memories.

Send flowers to the Lussier family.