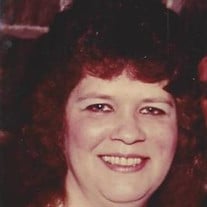 Janice M. Messier Jones, 71, passed away on Wednesday, February 16, 2022 at her home with her loving family at her side. She was born in Troy on April 4, 1950, the daughter of the late Edward and Anne Dunson Messier. Janice was raised in Green Island and was a 1968 graduate of Catholic Central High School in Troy. She later graduated from Hudson Valley Community College in 1970 as a medical secretary. She was employed at Samaritan Hospital in Troy for 3 years where she met her husband Rick. She later was employed by the Empire State College and the NYS Department of Corrections in Albany as a secretary for 31 years before retiring in 2012. Janice was a member along with Rick of the “Sunday Night Wonders” bowling league at the Green Island Lanes. She enjoyed her many McNulty/Jones night gatherings. She loved to read, enjoyed “Words with friends” word game and but importantly was the time she spent with her family especially her grandchildren and great grandchildren. She is the beloved wife of 48 years of Rick R. Jones, Jr. whom she married on April 7, 1973 in St. Joseph’s Church in Green Island; loving mother of Rick (Kirsten Jones, III of Acworth, GA, Tracie Houser, Melissa Jones and Beth Jones all of Green Island; adored grandmother of Jordan (Taylor) Jones, Andrew (Kayla) Houser, Austin (Samantha) Jones, Ashliana Stephenson, Ashley Houser, Mastin and Jonah Jones; great grandmother of Amelia, Vivian, Zayden and Azariah; sister of Joanne Rootes and Mary Ellen (John) Finning both of Green Island. She is also survived by several nieces and nephews. The funeral will be Saturday at 8:30 am from the Bowen & Parker Bros. Funeral Home, 97 Old Loudon Road, Latham and at 9:30 am at the Immaculate Heart of Mary Church, 2416 7th Avenue, Watervliet. Interment St. Patrick’s Cemetery, Watervliet. Relatives and friends are invited and may call at the Bowen & Parker Bros. Funeral Home in Latham on Friday (today) from 4-7 pm.

Janice M. Messier Jones, 71, passed away on Wednesday, February 16, 2022 at her home with her loving family at her side. She was born in Troy on April 4, 1950, the daughter of the late Edward and Anne Dunson Messier. Janice was raised in Green... View Obituary & Service Information

The family of Janice M. Jones created this Life Tributes page to make it easy to share your memories.

Send flowers to the Jones family.