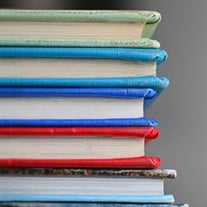 Jean Ann Burns, 85, of South Schodack, beloved wife, mother, sister and aunt, passed away peacefully at home on June 15, 2022 after an extended illness. Born in 1936, in Hoosick Falls NY to the late John and Elizabeth McMahon, she was the second of seven children. Upon graduation from high school, she attended the St Luke’s Nursing School in Pittsfield, MA and became a registered Nurse in 1957. She started her career in Boston at Beth Israel hospital and then returned to the capital district and worked for Albany Medical Center for 35 years in the operating room and was the Operating Room Nurse Manager for the later part of her career. Jean was a resident of South Schodack, NY for over 50 years and was an active member and former President of the South Schodack Fire Department Ladies Auxiliary. Jean was also a longtime communicant of Sacred Heart Church in Castleton. Jean was a wonderful wife, mother, and friend. She cherished her family and friends and loved entertaining them in her home at her infamous dinners, parties, and picnics for any occasion year-round. She and her husband of 53 years loved life to travel and especially enjoyed their trips and cruises with their close friends and trips to Florida with her daughter and son-in-law. Jean was an avid golfer and was a long-time member of Winding Brook Country club where she was celebrated as the Matriarch of the club by her friends. She was also a long time Red Sox fan, loved to read, and kept up with her family and friends through texting and Facebook. She also loved and spoiled her grand pugs Bandit and Daisy. She is survived by her much-loved husband Robert (Bob) Burns and her devoted daughter Kimberly Babbie and her son-in-law Bernard (Bernie) Babbie. Also surviving are Jean’s siblings, Patricia Hinkley, John McMahon, Catherine McMahon and Robert McMahon. She was predeceased by her brother, Edward McMahon, sister Marjorie Richmond, brothers-in-law Robert Richmond and Robert Hinkley and sister-in-law Patricia McMahon. She is also survived by several nieces and nephews whom she loved dearly. The family would like to thank the Hospice nurses, Jean’s friends and family who checked in often to boost her spirits, and especially our family friend Margaret who helped her daughter fulfil Jean’s wish to stay at home. A Funeral Mass will be celebrated on Tuesday, June 21 in Sacred Heart Church, 3 Catholic Way, Castleton-On-Hudson at 12:00PM. Relatives and friends are invited to call at the Castleton Funeral Home, 59 Seaman Ave. Castleton prior to the Mass from 9-11:30AM. Interment In St. Agnes Cemetery, Menands to follow. In lieu of flowers, donations may be made in Jean’s memory to the SPCA, Sacred Heart Church, Wounded Warriors, and The Anchor Food Pantry.

Jean Ann Burns, 85, of South Schodack, beloved wife, mother, sister and aunt, passed away peacefully at home on June 15, 2022 after an extended illness. Born in 1936, in Hoosick Falls NY to the late John and Elizabeth McMahon, she was the second... View Obituary & Service Information

The family of Jean A. Burns created this Life Tributes page to make it easy to share your memories.

Send flowers to the Burns family.