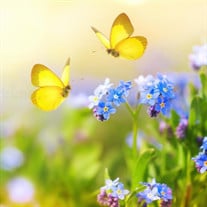 Joan Anne Bick, 88 of Albany, beloved wife of the late Theodore "Ted" Bick, entered into eternal rest on Sunday, March 6, 2022 at Our Lady of Mercy Life Center in Guilderland. Born in Brooklyn on February 11, 1934, she was the daughter of the late Joseph A. and Edna M. (Mildeberger) Aschenback. Joan relocated to Schenectady in her youth and graduated from Mount Pleasant Highschool and later attended Albany Business School Joan worked as a manager for the Schenectady Gazette Billing Dept. She had a life-long passion for health and fitness and enjoyed working as an Assistant Manager at the European Health Spa. In later years Joan worked in the NYS Legislature as an Administrative Assistant for the Bill Drafting Dept. Joan always loved a room full of people. She was the life of the party and especially looked forward to her annual Christmas Party which she joyfully hosted for over fifty years. Joan was a continual, life-long learner and participated in the UCALL Program through Union College. She was passionate about giving back to her community and volunteered at numerous institutions including Sunnyview Rehabilitation, Schuyler Ridge Nursing, Union College, St. Helen's Church, The Heritage House, and the Joan Nicole Prince Hospice of Glenville. Joan was an avid traveler to the extent of spending three and a half months teaching conversational English in China. She traveled extensively through Europe with her beloved husband, Ted and also loved her frequent trips to Puerto Vallarta, Mexico with family and friends. Joan is survived by her loving daughter and best friend Lisa (Jan) Zadoorian of Halfmoon, step-children Nancy Bick of Kansas City, MO, Sandt Tritt of Oneida, TN, Jonathan Bick of Albany, and Andrew (Kristen) Bick of Ashville, NC. Also survived by her sister Joyce Oshins of Clifton Park, seven grandchildren, eight great-grandchildren, and other extended family and life-long friends. Relatives and friends are invited to call on Friday, March 11th, 2022 from 9-11am at Dufresne & Cavanaugh Funeral Home, 149 Old Loudon Road, Latham. A prayer service will immediately follow the visitation beginning at 11am with Rev. Bob Longobucco of St. Kateri Tekakwitha Church, Schenectady officiating. The prayer service will be livestreamed and may be found at https://www.facebook.com/dufresneandcavanaugh/. Interment to immediately follow at Most Holy Redeemer Cemetery, Niskayuna.

Joan Anne Bick, 88 of Albany, beloved wife of the late Theodore "Ted" Bick, entered into eternal rest on Sunday, March 6, 2022 at Our Lady of Mercy Life Center in Guilderland. Born in Brooklyn on February 11, 1934, she was the daughter of the... View Obituary & Service Information

The family of Joan A. Bick created this Life Tributes page to make it easy to share your memories.

Send flowers to the Bick family.