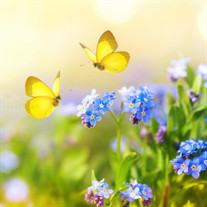 Joan M. Leonelli passed away on Tuesday April 5th, 2022, at the age of 85. She was born in Glens Falls, NY on April 13th, 1936. She graduated from Glens Falls High School at the top of her class as a member of the National Honor Society. She earned a full scholarship to Cornell University where she became a Tri-Delta and was an active alumnus. Joan was a devoted mother, grandmother, and great grandmother. She was a talented cook and baker and often expressed her love through food. Her special chicken soup “with ‘whittle’ meatballs”, as her grandson Eric coined it, healed many a cold and heartache. She had a special knack for overseeing the precise timing for grilling steak,butbeware the grill-master that didn’t remove her steaks from the grill soon enough to be medium rare. She loved to sing and would belt out her favorite show tunes and standards at every opportunity, much to the chagrin of her children as she never accepted she didn’t have the voice of an angel. Her other passions included gardening, sewing, tennis, skiing, and she was very involved in local democratic politics with her devoted partner Richard. She was a fierce competitor in everything from Candyland to cards to Trivial Pursuit, to which her bridge group, children and grandchildren can attest. Many years of laughter and joy were derived from family game nights, but if you gloated when you won, look out, for her Irish would reveal itself and good luck to the gloater. She had a lifelong love of learning, reading, and the English language. She taught her children if they embraced books they would “never lack for a friend”. She was a blessing to all who knew her, and she will be greatly missed. Joan is remembered with love by her 5 children, Christine Leonelli, Susan Miltner (Terry), David Leonelli, Anne-Leonelli Gallo (David), and Beth Leonelli (Todd). Her 8 grandchildren, Jason Eckenberger, Terry, Eric and Cassandra Miltner, Alexandra and Gianna Gallo, Madeline and Logan Endres, 5 great grandchildren, sisters Barbara Kearney and Mary Stokes, and many nieces and nephews. Lastly, Joan is survived by her loving partner, caregiver, and rock of over 40yrs. Dr. Richard Naylor, PhD. He always fondly referred to her as the “love of his life.” Calling hours will be from 9:00 am to 11:00 am at Daly Funeral Home, 242 McClellan St., Schenectady with a brief memorial service at 11:00 am followed by a burial at Most Holy Redeemer Cemetery.

Joan M. Leonelli passed away on Tuesday April 5th, 2022, at the age of 85. She was born in Glens Falls, NY on April 13th, 1936. She graduated from Glens Falls High School at the top of her class as a member of the National Honor Society.... View Obituary & Service Information

The family of Joan M. Leonelli created this Life Tributes page to make it easy to share your memories.

Send flowers to the Leonelli family.