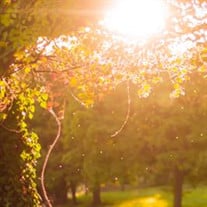 John Q. “Jack” Driscoll, 94, beloved husband of JoAnne Dwyer Driscoll, passed away on December 10 at Albany Medical Center. Born and raised in Troy, Jack was the son of the late Justin E. and Helen Quigley Driscoll. He was a graduate of Troy High School, Colgate University in Hamilton, NY and Albany Law School. He served in the U.S. Army from 1946 –1948, stationed in Japan. He was a member of the Lambda Chi Alpha fraternity and was a long-time member of the Troy Country Club. Jack spent most of his career as an Assistant Attorney General for the State of New York, until his retirement in 1990. He enjoyed retirement to the fullest. He and JoAnne travelled frequently, always interested in new places and experiences. Jack was a voracious reader throughout his life. He enjoyed playing golf and was an avid fan of Jeopardy!, which he and JoAnne watched every evening. A man of far-reaching intellect, he invariably knew the correct answers to the Jeopardy! questions. Jack was a dedicated husband, father, and grandfather. In addition to his wife JoAnne, he is survived by his children Sheila (Tony) Celata of Hamilton, MA, Matthew (Kim) Driscoll of Chelmsford, MA and Amy (John) Hogan of Syracuse, NY; his stepdaughters Janis (Seth) Randall and JoAnna Dwyer of Castleton, NY; and his grandchildren Jacqueline, Nick and Adam Celata, J.P. and Bennett Driscoll, Sarah and Jack Hogan, Jillian Randall and Emily and John Simon. He is also survived by one brother, Justin E. (Jerry) Driscoll, Jr., one niece and two nephews. Jack was pre-deceased by his first wife, Jean Manzerra Driscoll and his daughter, Mary Jo Driscoll. A Funeral Mass will be held at St. Michael the Archangel Church, 175 Williams Road, Troy, on Friday Dec. 17th at 11:00 AM. Interment will follow at St. Mary's Cemetery in Troy. Relatives and friends are invited to attend. Masks are required, regardless of vaccination status. For those who wish, donations in Jack’s memory can be made to the Mohawk Hudson Humane Society, 3 Oakland Ave., Menands, NY 12204 https://mohawkhumane.org/

John Q. &#8220;Jack&#8221; Driscoll, 94, beloved husband of JoAnne Dwyer Driscoll, passed away on December 10 at Albany Medical Center. Born and raised in Troy, Jack was the son of the late Justin E. and Helen Quigley Driscoll. He was a graduate... View Obituary & Service Information

The family of John Q. Driscoll created this Life Tributes page to make it easy to share your memories.

Send flowers to the Driscoll family.