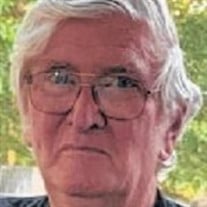 John Cabot Stone, Sr., 79, passed away peacefully on Saturday, September 4, 2021, in his home in Chesterfield, Va., surrounded by his family. Born in Pittsfield, Mass., he was the son of late Cabot W. Stone and Myrtle (Garzone). He was later moved to Troy by his family where he became a camp counselor at Camp Barker and freestyle swimmer at Troy High School. Swimming on the varsity team as a freshman, John broke pool records and attained state records that were not broken until the late 1980's. He was later inaugurated into Troy High School's first Athletic Hall of Fame. Drafted into the Vietnam War in 1965, John received the Purple Heart for injuries sustained while on patrol as a sergeant in 1966. Being honorably discharged in 1966, he was appointed to the Troy Police Department as a patrolman. His most loved memories as a police officer were riding the first issued Harley Davidson Servi-Car three wheeled motorcycles in the traffic division, working with African-American leaders during the 1970's, walking beats in commercial areas, and ending his career as a juvenile investigator. The Troy Record published many photographs of John throughout his career. Upon retiring from law enforcement due to an injury sustained on the job, he continued to work for the city in which he loved, becoming an armed guard at Troy City Hall. He continued to serve his community working with the Troy Boy's and Girl's Club, working details at Troy High School, he was part of the Rensselaer County Committee to erect the Vietnam War Memorial in Troy, and coached athletics. He was a beloved member of the community for which he served. After the passing of his wife Dorothy of 36 years of marriage, John enjoyed traveling to the Outer Banks, N.C. and Graceland in Memphis, Tenn. Until his passing he talked about his Memphis trip acknowledging it as a lifelong dream to see Elvis Presley's home. He was an avid NY Giants and Rangers fan, Notre Dame football enthusiast, and preferred to watch any John Wayne movie. John is survived by his daughter Kimberly (Eric); son John (Kristin); grandsons, Cole and Cabot; Bella, the fur baby; numerous brothers, sisters, nieces and nephews. The family would like to thank his brother Sam, his wife Judy, and nephew Ronnie, and his wife Chris, for their support of John during his courageous fight with cancer. A Mass of Christian Burial will be celebrated 11 a.m. Saturday, September 18, at Our Lady of Victory Church, Troy, N.Y. Interment will follow in St. Mary's Cemetery, Troy. In lieu of flowers, please wear a red or blue shirt in honor of the most selfless man who ever lived.

John Cabot Stone, Sr., 79, passed away peacefully on Saturday, September 4, 2021, in his home in Chesterfield, Va., surrounded by his family. Born in Pittsfield, Mass., he was the son of late Cabot W. Stone and Myrtle (Garzone). He was later... View Obituary & Service Information

The family of John Cabot Stone Sr. created this Life Tributes page to make it easy to share your memories.

Send flowers to the Stone family.