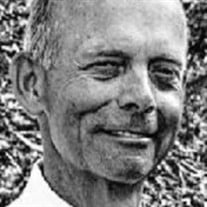 Joseph A. McGraw, of Wayland, Mass., passed away peacefully on Thursday, December 10, 2020, at home. Born in Philadelphia in 1944, he spent his youth in Albany, and most of his adult and professional life in Boston and its suburbs. In addition to his beloved wife, Karen (Patitz) McGraw, he is survived by his four devoted children, Kathleen "Casey" of Denver, Colo., Mark and his wife Carrie of Boston, Joseph "Jed" and his wife, Heather of Boston, and John and his wife, Stephanie of Houston. He is also survived by his five younger siblings, Kathleen Kelly (Michael), Thomas (Colleen), Martha Murray (Cornelius), Kevin (Julia), all residing in the Albany area, and his youngest brother, Mark (Tammy), of Nags Head, N.C. He leaves behind as well eleven precious grandchildren and one great-grandchild, as well as numerous nieces, nephews, grandnieces and cousins, as well as in-laws, Marcia and Steve Crabtree, and Warren and Karen Patitz, to whom he was very close. He was predeceased by his parents, Margaret (Egan) and Joseph McGraw; and a younger brother, Robert (Martha), formerly of Burlington, Vt. Joe led a full and exemplary life. In Albany, he will be remembered with great affection by the countless friends he made as the oldest brother of a family of seven, and two loving parents that lived in Albany's Pine Hills neighborhood. Blessed with good looks, an engaging smile and a quiet presence, Joe was a standout athlete and student at Vincentian Institute in Albany, where he graduated president of the senior class. He, like his father before him, later graduated from the College of the Holy Cross in 1966. Thereafter, he pursued post-graduate studies in business and finance, both at Babson College and the University of Utah. After graduating from Holy Cross, Joe willingly answered the call of duty from his country, and joined the United States Air Force, where he served for five and a half years, rose to the rank of captain, and flew hundreds of combat missions as an F-4 jet fighter pilot during the Vietnam War, twice earning the Distinguished Flying Cross for "heroism and extraordinary achievement." Typically, Joe did not discuss his bravery, as modesty was one of his many endearing qualities. Following his service to his country, Joe and Karen settled in the Boston area, where they raised their family, and he pursued a very successful career in the world of finance and investment, culminating in the establishment in 1989 of his own firm, Yankees Advisers LLC, with his eldest son, Mark. That firm still exists today, and is well-known for its flagship hedge fund, Yankee Multi-Manager Fund, L.P. Despite his success in the business world, Joe managed to ensure "balance" in his life, maintaining an active profile in the community and, most importantly, in his family. He will be remembered for his numerous volunteer positions of service to charitable organizations, including, among others, the Boys Club of Boston, the Waltham-Weston Hospital, the Weston Little League, and more recently, the Mainstone Condominium Association, where he and Karen moved in 2008. Throughout his life, Joe loved music of all kinds, poetry and sports (hockey, rugby, tennis and golf). He cherished time with his family at their vacation home on Chappaquiddick Island, Martha's Vineyard, and was a fixture at hockey rinks throughout New England, where he took great pleasure in watching both his children and grandchildren compete. In the last few years, Joe was beset by a number of health issues, all of which he met with a quiet courage and dignity, never complaining while maintaining an upbeat personality. His fortitude, character and resilience were a source of pride and inspiration for his entire family. He will live forever in the hearts of all who were lucky enough to know him. Funeral arrangements will be private and at the discretion of the family. In lieu of flowers, please consider donating to either of Joe's two favorite charities: the Pine Street Inn, 444 Harrison St., Boston, MA, 02188, an organization dedicated to providing assistance to formerly homeless individuals, or Feeding America, a hunger relief organization with a nationwide network of foodbanks.

Joseph A. McGraw, of Wayland, Mass., passed away peacefully on Thursday, December 10, 2020, at home. Born in Philadelphia in 1944, he spent his youth in Albany, and most of his adult and professional life in Boston and its suburbs. In addition... View Obituary & Service Information

The family of Joseph A. McGraw created this Life Tributes page to make it easy to share your memories.

Joseph A. McGraw, of Wayland, Mass., passed away peacefully on...

Send flowers to the McGraw family.