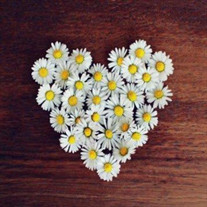 Joyce Eleanor Carey, 89 of Niskayuna, died Wednesday, April 27, 2022, at Ellis Hospital after a short illness. Joyce was the daughter of the late Harold Romain and Vivian Anderson Borthwick. She graduated from Greenville High School and attended Elmira College. She was a communicant of St. John the Evangelist Church in Schenectady. She grew up in Rensselaerville or as she called it, the country. She met the love of her life, Bill Carey, while working at Commercial Credit in Albany. After raising their five children in Rensselaer and North Greenbush, Bill's job with Panasonic took them to Secaucus, N.J. Joyce happily went back to work as an accounting clerk at the Jamesway Corporation; and she and Bill had fun exploring Manhattan and the Jersey Shore in their free time. They returned to the Capital Region upon their retirement. Joyce was predeceased by her husband of 49 years, William Joseph Carey in 2005. She was also predeceased by her son, William J. Carey Jr.; and her brother, Bruce Borthwick. She is survived by her brother and his wife, John and Ute Borthwick of Suffolk,Va.; and her children, Christine and Fred Daniels of Rotterdam, John and Lori Carey of Ann Arbor, Mich., Timothy and Cecilia Carey of Rock Hill, S.C. and Susan and Jonathan Broderick of Oakland, Calif. She is also survived by her grandchildren, Jessica and Sean Hughes of Rotterdam, Molly and Christoph Tallerico of West Hollywood, Calif., Gabriel Carey of Ann Arbor, Margaret Daniels of Colonie, and Diego and Daniel Carey of Rock Hill; and her great-grandchildren, Jayla Ryan and Josiah Davis of Colonie and Olivia Tallerico of West Hollywood. Also surviving are her cherished nieces and nephews. There will be a calling hour at 10 a.m. on Tuesday, May 3, in St. John the Evangelist Church, 806 Union Street, Schenectady. The Mass of Christian Burial will start at 11 a.m. Interment in the Holy Sepulchre Cemetery, East Greenbush will follow immediately after the Mass. Family and friends are invited to have lunch and celebrate Joyce's life at Moscatiello's, 99 N. Greenbush Rd, Troy after the services. Contributions in Joyce's memory may be made to the Capital City Rescue Mission, 259 South Pearl St., Albany, NY, 12202.

Joyce Eleanor Carey, 89 of Niskayuna, died Wednesday, April 27, 2022, at Ellis Hospital after a short illness. Joyce was the daughter of the late Harold Romain and Vivian Anderson Borthwick. She graduated from Greenville High School and attended... View Obituary & Service Information

The family of Joyce E. Carey created this Life Tributes page to make it easy to share your memories.

Send flowers to the Carey family.