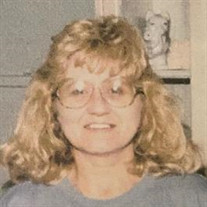 Judith Ann Schepisi, 75, beloved wife of 54 years to Fred "Skip" A. Schepisi of Colonie, passed away peacefully at home after a long illness with her family by her side on March 3, 2022. Born September 15, 1946 in Albany, NY, she was the daughter of the late John "Jack" Ketzer and the late Erma (Benedict) Ketzer. Judy attended Albany Schools and graduated from Austin Beauty School with a degree in Cosmetology. Fred and Judy met as teenagers in the South End of Albany at 13 years old and were married December 23, 1967. Fred and Judy moved to Colonie in 1971 where they raised their 4 children. Judy was a homemaker and enjoyed working in her flower garden, crocheting and lovingly caring for her many cats. Fred and Judy were the best of Friends and a true example of what marriage means. Fred has devoted all of his time for the last several years going above and beyond to care for Judy. In addition to her spouse, Judy is survived by her children, Melissa and her husband, Christopher B Gilluley, Anthony "Tony" Schepisi (Rebecca), Christopher Schepisi and Mark Schepisi and his wife Robin. Her grandchildren, Thomas (Hayley) Gilluley and Heather Gilluley, Anthony M. Jr. and Emma Schepisi , Ryan and Nicholas Schepisi and Jonathan, CJ, Kodah and Arianna Schepisi. Her siblings Arlene (Ronald) Radley, Donald (Patricia) Ketzer, Patricia (Adam) Goodall, Mark Ketzer and Allen (Julie) Ketzer as well as many niece’s, nephews and friends. She is pre-deceased by her brother Bill Ketzer and her Sister Diana (Ketzer) Radley. Friends and family are invited to attend calling hours on Tuesday, March 8, from 4-7pm at Newcomer Funeral Home 343 New Karner Rd Colonie, NY 12205. A Catholic funeral Mass will be celebrated on Wednesday, March 9 at 10am at The Church of Saint Clare 1947 Central Ave, Albany, NY 12205. Interment will follow in St. Agnes Cemetery 48 Cemetery Ave, Menands, NY 12204. Donations in Judy's name may be made to the charity of one's choice.

Judith Ann Schepisi, 75, beloved wife of 54 years to Fred "Skip" A. Schepisi of Colonie, passed away peacefully at home after a long illness with her family by her side on March 3, 2022. Born September 15, 1946 in Albany, NY, she was the daughter... View Obituary & Service Information

The family of Judith A. Schepisi created this Life Tributes page to make it easy to share your memories.

Send flowers to the Schepisi family.