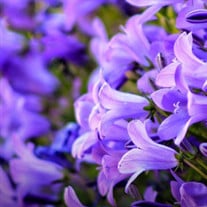 Kathleen “Kate” O’Brien died on March 29, 2022, at St. Peter’s Hospital. Born September 29, 1949, in Kalamazoo, Michigan, she was the daughter of the late Melvin and Ellen Killian. Kate grew up in Deferiet, NY. She attended Carthage Augustinian Academy and later graduated from both SUNY Potsdam and Maria College. During her second year at Maria, she met a first-year law student. She boldly predicted the night they met that they would marry, which happened the following July. Kate was a devoted mother. She spent years as a Cub Scout and Girl Scout leader, loyal supporter and volunteer at National Little League and Central Babe Ruth, and religious education instructor. She hosted endless gatherings and attended more football and baseball games and tennis matches than could be counted. Kate was employed as a Registered Nurse by Albany VA Hospital and later by the Albany County Health Department. She was a voracious reader, lover of going to the movies with contraband popcorn, and never met a sale that didn’t yield at least one bargain. The back door at 311 was always open and the kitchen table is where Kate held court. No matter the hour (the later the better) she served as confidant, coconspirator, and counsel. She loved … everything. Preferably in excess. There wasn’t a matching T-shirt, flashing hat, sparkly knickknack, or bag of candy she could resist (or pretend to resist). She loved going out to eat, being near water, spending time with friends and family, and was the self-appointed ringleader of every adventure. Her laugh was uncontrollable and contagious. Kate was the most generous and thoughtful friend and sister one could hope for. Her seat at the head of the kitchen table can never be filled. Kate is survived by her beloved husband of 48 years, Charles E. O’Brien; her children Owen O’Brien, Mary (Christopher) Stehr, and Kevin (Elizabeth) O’Brien. She is the cherished grandmother of Connor and Nolan Stehr. Kate is the sister of Barbara (Joseph), Richard (Carol), James (Patricia), Patricia (Gary), and Kevin (Mary Beth). She is also survived by many nieces and nephews. The Mass of Christian Burial will be celebrated on Saturday morning at 10:00 at St. Vincent DePaul Church, 900 Madison Ave., Albany. All attendees are asked to wear a facial covering. Visitation will be from 9:00 to 10:00 a.m. at the Church, prior to Mass. Private interment will follow in Our Lady of Angels Cemetery.

The family of Kathleen O'Brien created this Life Tributes page to make it easy to share your memories.