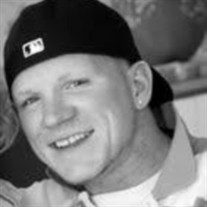 With a quick joke and a broad smile, the man affectionately known as “Diggy,” brought laughter and joy to many around the Albany area. Lance R. Filkins, an outdoor enthusiast and proud father known for living life to the fullest, died suddenly early Wednesday morning, January 2, 2013, in the town of Colonie. He was 30 years old. As a life-long Albany resident and former Local #40 Heat and Frost Insulators Union employee, Lance was an avid Buffalo Bills and Yankees fan who also worked odd jobs as a contractor and baker. According to his sister, Kristen Winnie, he was known as somewhat of a prankster who could be counted on to brighten the mood of nearly any situation. “Lance would light up a room every time he walked through the door,” she said. “He would make you laugh on your worst day.” However, the light of Lance’s life was clearly the six-year-old daughter he leaves behind, Breya Filkins, of Colonie. “That little girl meant everything to him,” said his mother, Tracy Winnie, before adding, “and he was my heart and soul. He’s going to be terribly missed by everyone who knew him.” Along with spending time with his friends and family in the Albany area, Lance was fond of camping, fishing, music and attending sporting events around New York State. He is survived by his beloved daughter, Breya Filkins; his mother Tracy (David) Winnie of Albany; and his sister Kristen Winnie of Albany. Lance is also survived by his maternal grandparents, Barbara and David Filkins of Albany; paternal grandmother Elizabeth Couser of Albany; his aunt Rachel (Christopher) Carroll of Albany, his uncles Eric (Elizabeth) Filkins of Albany and Paul (Rita) Maguire of Guilderland; along with many aunts, uncles, cousins, extended family and numerous friends. He will be particularly missed by his younger cousins, who not only looked up to him as family, but as a true friend. Lance is also survived by his girlfriend Kimberly “Kimmie” and her son, Paulie. Additionally, he was predeceased by his father, Thomas Murray, and his paternal grandmother, Veronica Murray. Calling hours will be held from 4 to 8 p.m. on Monday, Jan. 7, 2013, at New Comer Cannon Funeral Home, 343 New Karner Road, Colonie, and a funeral service will be held at 1 p.m. on Tuesday, January 8, 2013, at the funeral home. In lieu of flowers, contributions may be made to the Breya Filkins Memorial Fund at any SEFCU location.

With a quick joke and a broad smile, the man affectionately known as &#8220;Diggy,&#8221; brought laughter and joy to many around the Albany area. Lance R. Filkins, an outdoor enthusiast and proud father known for living life to the fullest,... View Obituary & Service Information

The family of Lance "Diggy" Filkins created this Life Tributes page to make it easy to share your memories.

With a quick joke and a broad smile, the man affectionately known...

Send flowers to the Filkins family.