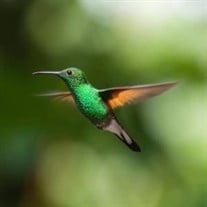 Marguerite Juliette Edwards (Peg), 86 years, entered into eternal rest on Friday, September 17, 2021, surrounded by her loving family. Marguerite was born in Cohoes into a large French-Canadian family on January 25, 1935, to Elzear and Florence Pelletier. After graduating from Vincentian Institute Catholic High School in Albany, Marguerite worked for the State Assembly. She fell in love and was married to John Edwards of Chatham, NY in 1956. Her marriage to John took her to Iowa for her husband’s education at Palmer College of Chiropractic. Shortly after graduation, Peg & John returned to the Capital District in 1959 to open Edwards Chiropractic Office. They settled in East Greenbush, where they would stay for the rest of their lives. Edwards Chiropractic was one of the first progressive health clinics in upstate New York and served the suburban and rural communities of Rensselaer county until they retired after 52 years of continuous service. Peg was often at the front desk welcoming new patients or in the back office managing administrative and insurance tasks so her husband could focus on clinical patient care. It was a true partnership. Marguerite was a very active member of the Holy Spirit Catholic Community in East Greenbush where her five children attended elementary school. She served for many years as eucharistic minister at Sunday masses, sang in the choir, and served on countless committees and fundraising events over her 50 years of service. Her commitment to Catholic education included many years on the school board. She especially loved the theater committee dedicated to introducing students to the arts and music of the Capital Region. Peg also served on a special committee dedicated to fundraising and building the expansion of Holy Spirit’s church back in the early 1990s. Peg was a founder of the Chiropractic Education Foundation; a non-profit focused on providing scholarships for students attending university. Marguerite was also President of the Women’s Auxiliary to the New York State Chiropractic Association actively lobbying in Albany and Washington D.C. for insurance equality for alternative care providers in the 1970s & 1980s. She succeeded in changing the laws so chiropractic care would be covered by health insurance companies, workers compensation and other federal and state benefit programs. The family would like to express their sincere gratitude to her wonderful caregiving team, Kim, Carrie, Eve, Summer and Robin, that has helped to care for Peg over the past four years; and to the Community Hospice team for their guidance and support. Marguerite is pre-deceased by her husband of 63 years John Edwards (2019). She is survived by five sisters, Doris Bostock, Jeanne Lefebvre, Lucille VanBramer, Yvette Winkler, and Helen Henderson; and two brothers Anthony & Raymond Pelletier; five children, Thomas (Susan) Edwards, Timothy Edwards, PollyAnn (Chris) Coyne, Peter Edwards, and Daniel (Xiao Li) Edwards; ten grandchildren, Nathan, Matthew, Hannah, Carissa, Lucas, Kateri, John, Bryan, Nicholas and Aria; and eight great-grandchildren, Mia, Chase, Savannah, Evelyn, Julia, Noah, Cole, and Isla. Relatives and friends are invited to attend her calling hours on Wednesday, September 22nd from 9-10 a.m. followed by a Mass at 10 a.m. in the Holy Spirit Church, 667 Columbia Tpke., East Greenbush. Interment will be in Holy Sepulchre Cemetery. Contributions may be made to the American Red Cross or the Community Hospice.

The family of Marguerite J. Edwards created this Life Tributes page to make it easy to share your memories.

Send flowers to the Edwards family.