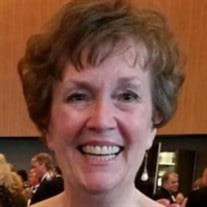 Mary Ann Devane Allen, 66, passed away peacefully surrounded by her family on May 16, 2022, after a courageous battle against cancer. Born in Albany, New York, she was the daughter of Mary Patricia Whalen Devane and the late Thomas A. Devane Jr. Mary Ann graduated magna cum laude and as a member of Phi Beta Kappa from St. Lawrence University with her Bachelor's Degree in Government and English. She subsequently earned a Juris Doctor Degree cum laude from Albany Law School. After completing her education, Mary Ann pursued distinguished careers in law and special needs advocacy. She began her first career as an associate attorney at Nixon, Hargrave, Devans, & Doyle, LLP, in Rochester, New York. Following her marriage, she returned to Albany and joined Bouck, Holloway, Kiernan, & Casey, LLP, where she eventually became partner. Subsequently, she became a founding partner at Allen, Johnson, & Lonergan. She was well respected throughout her legal career for her expertise in defense of property claims involving arson. In 2001, after serving for several years as President of the Board of Directors of Wildwood Programs, Inc., an organization dedicated to providing services for children and adults with developmental disabilities, Mary Ann joined Wildwood as its Chief Executive Officer and Executive Director. In this role, Mary Ann leveraged her legal expertise, as well as her personal experience as the mother of a child with autism, to help enhance the lives of countless individuals with special needs and their families. During her exemplary career at Wildwood, which ended upon her retirement in December 2020, Mary Ann was recognized throughout the community as a tireless advocate for individuals with special needs and a cherished mentor to many. Mary Ann believed strongly in service to her community, and in addition to her prior service as President of the Wildwood Board of Directors, she was a member of the Board of Trustees at the Academy of the Holy Names and a volunteer with Family Promise of the Capital Region. She was also known for her remarkable dedication to her family and believed firmly that her role as a mother was her greatest accomplishment. Mary Ann is survived by her beloved husband, John L. Allen, and her cherished children Matthew John Allen, Sarah Broderick Allen, and Molly Bowman Allen. Mary Ann is also survived by her mother, Mary Patricia Devane, and siblings, Thomas A. Devane III, Patricia Smith (Thomas), Maureen Kipper (Carl), Daniel Devane (Sharon), Brian Devane (Elizabeth) and Kathleen Fouracre (Douglas). She also leaves behind many deeply loved nieces, nephews, grand-nieces, grand-nephews, aunts, uncles, and cousins. She was predeceased by her beloved father, Thomas A. Devane Jr. Services in honor of her life and legacy will be held privately at the convenience of her family. In lieu of flowers and for those wishing to remember Mary Ann in a meaningful way, please send donations to: Wildwood Foundation, 1190 Troy-Schenectady Road, Latham, NY 12110.

Mary Ann Devane Allen, 66, passed away peacefully surrounded by her family on May 16, 2022, after a courageous battle against cancer. Born in Albany, New York, she was the daughter of Mary Patricia Whalen Devane and the late Thomas A. Devane... View Obituary & Service Information

The family of Mary Ann Devane Allen created this Life Tributes page to make it easy to share your memories.