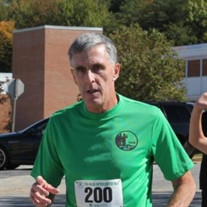 Dr. Michael C. McCumber (Mike), 73, of Gambrills, Maryland, passed away on January 30, 2022. Born in Troy, New York, Mike spent his formative years in Scotia, NY. He earned his Bachelor’s degree from SUNY Oswego, Master’s degree from SUNY Albany and PhD from University of Virginia. He also taught at UVA. Mike proudly served his country as a 1st Lieutenant in the United States Air Force reserves from 1971 until his honorable discharge in 1985. Dr. McCumber spent his career with NASA, at their Goddard Space Flight Center near Washington D.C. At the time of his retirement in 2013, Mike served as Goddard’s Deputy Project Manager of their Tropical Rainfall Measuring Mission’s Science Data and Information System. This joint mission with Japan’s space agency JAXA and other international partners worked to measure global surface precipitation, derived from satellite data, which assisted researchers and scientists around the world. In his early years at Goddard, he worked to improve computer models of the earth’s atmosphere and has contributed to numerous scientific publications. As a retired Meteorologist/Scientist for NASA, he always had a keen eye on the current /upcoming forecasts. He would routinely e-mail any updates of the weather forecasts to his family and friends. As we all know, Mike loved to tell corny jokes. We’d roll our eyes, he’d laugh! If you ever visited him for a few days, you know that Everybody Loves Raymond was one of his favorite TV shows and the reruns would be on all day. An avid runner, Mike participated in many marathons, Fun Runs at work, and ultra-running events. If he was unable to run a race, he would frequently volunteer to help. He belonged to the Virginia Happy Trails Running Club and the Odenton Genial Genealogists group. He researched the history of his own family, as well as his extended family and friends. He always had the newest audio/visual technology and would often give his older models to his friends and family. Mike was predeceased by his parents, Charles & Rita McCumber. He is survived by his siblings; James McCumber, Robert McCumber ( Lesley) and Christine Macherone (Nick); nephews and nieces; Todd Gillingham, Ryan (Stephanie) Macherone, Craig (Josepha) Macherone, Tim (Lauren) Macherone, Kathleen Carr, and Lynne McCumber; and grand nephews and nieces; Madelyn Carr, Patrick Carr, Keira VanHorn, Emma VanHorn, Andrew Longo and Gabriella Macherone. Mike was kind and generous and truly cherished his family and friends. He will be greatly missed. Mike will be memorialized in a private, family service.

The family of Michael C McCumber created this Life Tributes page to make it easy to share your memories.

Send flowers to the McCumber family.