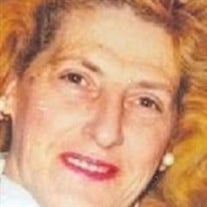 Patricia Jane House (Breslin) born February 15, 1932, passed away peacefully on February 4, 2022, just shy of her 90th birthday, at Saint Peter's Nursing Home. She was born in Albany, to the late Margaret Alice (Ovies) and John J. Breslin. She attended the Academy of the Holy Names and graduated in 1949. Patricia started a career as a telephone operator. She changed directions and studied practical nursing. She was a humanitarian always wanting to help others. She craved working in a hospital setting. In 1966 she became one of the first PCTS to work at St. Peter's Hospital on Brady Farrell. She continued to work at the hospital for many years providing compassion and care to the sick. In 1968 she saw an injured dog in the road. Not liking how the situation was being handled she spoke to then Guilderland Town Supervisor about it. His response was "if you feel you can do the job, then do it." So in 1968 she became the Animal Control Officer for Guilderland. She loved people and animals. She would never put an animal to sleep unless it was mortally wounded or vicious. She helped all animals; cats, dogs, birds, squirrels and horses. She fought to have kennels established in Guilderland and was instrumental in establishing the Guilderland Shelter. She would always find a home for the strays and she would never leave an animal in the road. She spent over a quarter of a century helping animals in need. Patricia was a life member of the Western Turnpike Rescue Squad and served as a second lieutenant. In 1990 she took on a new role as secretary for the Chief of Police. She continued in that role until she retired on May, 24, 2000. In 1948 at the age of 16, Patricia met her soul mate Earl House. They were inseparable and they married in 1951. They were married for 27 years until his death ( in 1978). They enjoyed their family. Patricia loved cooking big dinners, baking, celebrating the holidays and birthdays with her family and the occasional vacation. Patricia is a member of Christ The King Church. Patricia is survived by her children, Scott A. House of Malta, Deborah A. House of Vero Beach, Fla. and Bernadette M. House of Albany; several nieces and nephews. She will always be remembered for her intelligence, kindness, love of animals, beautiful gardens, creativity, finesse and the compassion and love she instilled into her children. We would like to thank the staff of S.P.H. Nursing Home and Drs. J. Obrien and C. Darling III. Calling hours will be held, Thursday, February 10, from 4-6 p.m., at New Comer Cremations & Funerals, 343 New Karner Road, Colonie, NY 12205. Funeral Mass will be Friday, February 11, 10 a.m. held in the funeral home. Interment to follow in St. Agnes Cemetery, Menands. In lieu of flowers donations may be made to Christ The King Church or a charity of your choice.

The family of Patricia J. House created this Life Tributes page to make it easy to share your memories.

Send flowers to the House family.