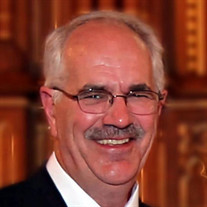 Paul D. "Pete" Zarelli, 79, entered this world on Halloween 1942 and departed for paradise on Memorial Day, May 30, 2022. He knew how to make a splash on holidays! A lifelong area resident, Paul was born in Schenectady and was a proud Bellevue boy. He graduated from Mont Pleasant High School and was the son of the late Augie and Edith Zarelli. Pete was a tower of quiet strength, kindness, and generosity. He began a successful career at GE in the Apprenticeship Program in the early 1960s, worked his way up to a supervisor and eventually moved on to Verizon. Many years after his retirement, people would approach his sons and say, "I worked for your dad... he was the best boss I ever had," or "Everyone loved working with your dad... he was a real pro." Pete had a keen intellect and was a handy craftsman who could solve complex problems and fix or build virtually anything long before there were YouTube tutorials. Failure was never an option. If family or friends needed help with anything, Pete was there, no questions asked. Pete Zarelli showed up -- he was that guy. He was an outdoorsman who had many interests including fishing, cruise travel, hand-crafting stained glass creations, and making windchimes and birdhouses to give to friends. An avid angler, Pete usually caught more fish than anyone else in the boat, and he always carefully released them back. He passed his love of nature on to his children and grandchildren. "Papa" could do just about anything. Although, backing the trailer down the boat ramp was never his strong suit. Even though Pete was diagnosed with Parkinson's at a relatively young age, he always kept a positive attitude, never complained, and always had a smile on his face and a witty retort on his tongue. He lived life to the fullest and refused to let Parkinson's limit or define him. Some people (his wife) felt he had a "sick" sense of humor; he was a joker who enjoyed gonzo comedies like Three Stooges and Cheech & Chong. Above all, Paul was a devoted family man who cherished his bride of 57 years and would move mountains for his kids and grandkids. He is survived by his sons, Steve Zarelli and Thomas (Theresa) Zarelli; grandchildren, John, Julianna, Chris, Mike and Paulie; brother, Rit (Marianne) Zarelli; brother-in-law Paul (Pat) Pusz; sister-in-law Dot Pusz as well as many nieces, nephews and cousins. Paul also leaves behind dear friends, Annie and Lester Alkinburgh, Bill and Jean Townsend, and Marlene Hennig. Besides his parents, Paul was predeceased by his beloved wife, Audrey Pusz Zarelli and his brother, Dave Zarelli. The family thanks the staff at the Schenectady Center for the kindness and care shown to Paul. A calling hour will be held on Monday, June 20th from 10:15 am to 11:15am at St. Gabriel’s Church, 3040 Hamburg Street in Rotterdam where Paul and Audrey were long-time parishioners. A funeral mass will follow at 11:30 am. Paul and Audrey will be laid to rest at Most Holy Redeemer Cemetery in Niskayuna.

Paul D. "Pete" Zarelli, 79, entered this world on Halloween 1942 and departed for paradise on Memorial Day, May 30, 2022. He knew how to make a splash on holidays! A lifelong area resident, Paul was born in Schenectady and was a proud Bellevue... View Obituary & Service Information

The family of Paul D. Zarelli created this Life Tributes page to make it easy to share your memories.

Send flowers to the Zarelli family.