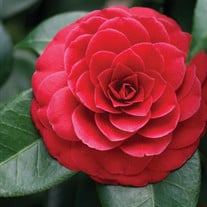 Robert J. Sullivan, 91, passed away peacefully on January 6, 2022 at his home surrounded by his loving family. Born in Albany, NY and raised in Ballston Spa, NY he was the son of the late Frederick and Sarah (Whalen) Sullivan. Bob graduated from Ballston Spa High School at the age of 16 and went on to further his education obtaining degrees from NY University in Industrial Chemistry and a bachelor’s degree in Economics and Marketing from Siena College. Robert also proudly served in the United States Army from 1954-1957. He married his beloved wife Rosemary (Martino) Sullivan on August 6, 1955. Bob worked at General Electric for 46 years retiring in 1991, serving as Manager of International Turbine Support. Robert was awarded the Gerald L. Phillippe Award for outstanding community civic work from General Electric. Following retirement, he worked for Nuovo Pigone and then started his own business International Turbine Support. Robert also taught International Banking at Siena College and was the area Dean of Effective Business Presentation. He was the President of Schenectady Community College Foundation Board and was the former President of the Boys and Girls Club of Schenectady. Robert also served on the board of the Schenectady YMCA, was a Lector at the Church of the Immaculate Conception, where he and his wife also taught religious education. In addition to Immaculate Conception, Robert was a communicant of St. Luke’s Catholic Church in Schenectady and volunteered at various Red Cross blood drives. Robert enjoyed collecting military miniatures, golfing, collecting art, the history of horseracing and music. He served on the 1980 Olympic Committee representing NY State and was a sports enthusiast, coaching little league, girls softball and basketball for his children. He was also exceptionally proud of his offspring, Eileen and David for their respective accomplishments. He was more than appreciative of the support and constructive encouragement of his beloved wife Rosemary. Robert (Bob) not only saw the best in people but gave his best to all. Above all, he cherished the time spent with his family and will be remembered for his positive outlook, endless energy and his infectious smile. Robert Sullivan, a life well lived! In addition to his wife Rosemary, he is survived by his children David Sullivan (Donna) and Eileen Pezzi (John). Robert is also survived by his precious grandchildren Michael Sullivan, John Sullivan, Alex Pezzi, Brian Pezzi and his only niece and nephew Kathy and Bill Jensen and their children Rachael and Eric along with many cousins. A Mass of Christian Burial will be celebrated on Tuesday, January 11, 2022 at 9am at St. Luke’s Catholic Church, 1241 State St, Schenectady, NY 12304. Entombment will be private for the family at Most Holy Redeemer Cemetery, Niskayuna.

Robert J. Sullivan, 91, passed away peacefully on January 6, 2022 at his home surrounded by his loving family. Born in Albany, NY and raised in Ballston Spa, NY he was the son of the late Frederick and Sarah (Whalen) Sullivan. Bob graduated... View Obituary & Service Information

The family of Robert J. Sullivan created this Life Tributes page to make it easy to share your memories.

Send flowers to the Sullivan family.