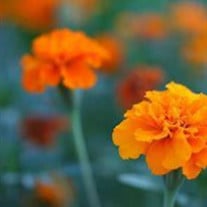 Ronald Goodell, (76), of Glenville passed peacefully on August 6, 2021. Born in Norfolk, Virginia, the son of Robert & Ruth McDonald Goodell. Ronald grew up in the Virginia Beach, VA while his father served in the Navy stationed in Norfolk, Virginia. After playing baseball and basketball in high school, Ronald attended Virginia Tech and left college early to help support his parents financially by beginning to work full time. He met his future wife, Carol Jean Iuliano, while on a trip to upstate New York. Ronald and Carol Jean were married on August 22, 1970 at the Immaculate Conception Church in Glenville, NY. He and his wife moved to Virginia Beach, VA to begin their lives together and be around Ronald's parents. After the birth of their son, Ronald and Carol Jean enjoyed many years being around Ronald's father and mother. Ronald lost his mother to lung cancer when she was only 52. He and Carol Jean then decided to relocate to Glenville, NY to spend more time with Carol Jean's family. Soon after in 1985, they welcomed their daughter. Ronald worked over 25 plus years at Northeast Interior Systems. He worked 70-80 hour work weeks delivering building materials all over the Northeast to provide for his wife and two children. Although he worked many hours, he always set his schedule to never miss his kids' school events or games. Ronald was very involved in his community. He and his wife were loyal supporters of the Burnt Hills-Ballston Lake Booster Club for scholastic sports. He enjoyed following his son's football games in high school, as well as his daughter’s cheerleading. Ronald also loved supporting Union College football during his son's playing career. Ronald was also an avid golf fan, loved horse racing, and a Yankee fan. He enjoyed cooking, but could never out-do his Italian wife's cooking. No matter how much he tried. After the passing of his wife in 2010, Ronald spent all his time with his granddaughters in retirement. He would get them off the bus everyday from school and be with them until his son or daughter-in-law came home from work. Ronald also enjoyed attended his granddaughters' school events, soccer and basketball games at Burnt Hills-Ballston Lake, Burnt Hills United Soccer Club, Burnt Hills Girls Youth Basketball and Saratoga Sparks AAU basketball program. Survivors include his children, Ronald Goodell II (wife, Christine) of Charlton, NY, Maria Mundy (husband, Eddie) of Hudson, OH; and grandchildren, Abigail, Megan and Samantha Goodell and Magnolia, Harper, and Eloise Mundy. Calling hours will be held on Wednesday, August 11th from 5 to 7 PM at the Glenville Funeral Home, 9 Glenridge Rd. Funeral Services at Glenville Funeral Home will begin at 11 AM on Thursday, August 12th, burial will follow at St. Anthony’s Cemetery.

Ronald Goodell, (76), of Glenville passed peacefully on August 6, 2021. Born in Norfolk, Virginia, the son of Robert & Ruth McDonald Goodell. Ronald grew up in the Virginia Beach, VA while his father served in the Navy stationed in Norfolk,... View Obituary & Service Information

The family of Ronald N. Goodell created this Life Tributes page to make it easy to share your memories.

Send flowers to the Goodell family.