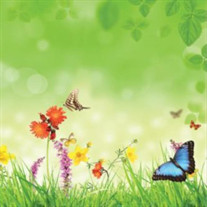 Ronald “Ron” J. Porter, 77, passed away peacefully on March 22, 2022 at his home surrounded by his loving family. Born in Albany, he was the son of the late Howard and Winifred (Peugh) Porter, Sr.. Ron was a 1963 graduate of Scotia-Glenville High School and went on to continue his education at SUNY Plattsburgh and SUNY Albany. He received a Bachelor of Science degree, Master’s degree in Education and a Certificate of Advanced Studies in Education Administration. Ron married his beloved high school sweetheart Diane (Parravani) Porter. Together they shared 55 years of marriage. Ron was a dedicated Earth Science and Physics Teacher. He taught at Shaker High School from 1967-1968, Scotia-Glenville High School from 1968-1988 and Ballston Spa High School as the Science Department Chair from 1988 until his retirement in 2000. Ron also was an Adjunct Professor at Union College, SUNY Albany, RPI and HVCC. He was a member of the Thomas Corners Fire Department from 1999-2009. In that time, he served as the company President and Vice President. Ron was a certified first responder, Captain of the Fire Police and a trustee and instructor for the Red Cross. He also was a member of the Knights of Columbus, Council 4360 serving as past Grand Knight. Ron was a communicant of the Church of the Immaculate Conception in Glenville. For over 30 years Ron enjoyed hunting and fishing with his lifelong friends at their hunting camp at One Place Brook in Speculator, NY. He also was an avid woodworker. Above all he cherished the time he was able to spend with his family. Especially being Poppy to his three granddaughters. He was sure to cheer them on in their sporting events, always leaving them with a tin of homemade chocolate chip cookies. Ron always played an active role in their lives, from teaching them to ride a bike to parallel parking their car. He even taught the girls to hunt and fish. The family trips to York Beach, Maine will always hold a special place in the family’s heart. There are no words that can express how much Ron will be missed. We will love him forever and always, to the moon and back, with all our hearts. In addition to his beloved wife of 55 years, Diane (Parravani) Porter of Glenville, NY, he is survived by his daughter Melissa Cox (John) of Glenville, NY and his granddaughters Molly Felso (Joseph) of Duanesburg, NY, Rachael Cox (Austin Duncan) of Gastonia, NC and Graciana Cox of Key West, FL. Ron is also survived by his sister Joyce Woods (David) along with several nieces, nephews and many lifelong friends. In addition to his parents, he was predeceased by his brother Howard G. Porter Jr (Virginia). Calling hours for Ron will be held on Friday, March 25,2022 from 5-7pm at the Glenville Funeral Home, 9 Glenridge Road, Glenville. A Mass of Christian Burial will be celebrated on Saturday, March 26, 2022 at 10am at the Church of the Immaculate Conception, 400 Saratoga Road, Glenville. Burial will follow at St. Anthony’s Cemetery in Glenville.

The family of Ronald "Ron" J. Porter created this Life Tributes page to make it easy to share your memories.

Send flowers to the Porter family.