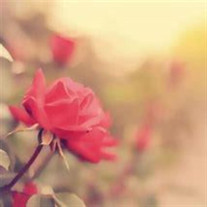 Rosemarie Flannery, 80, passed away on Monday December 27, 2021 at St. Peter’s Hospital after a short illness. Rory was born on November 5, 1941 in East Elmhurst to the late Gerald B. and Christine Riccobono Dragotta. She was raised in Queens and Long Island, graduating from North Babylon High School. She married Bernard Flannery on January 14, 1962 and they were 18 days short of celebrating their 60th anniversary. In 1984, the family moved upstate, and Rory worked as a clerical secretary for the NYS Dept. of Corrections, retiring in 2004. She was an active member of Historic St. Mary’s Church on Capitol Hill in Albany. She enjoyed praying, cooking with her family, listening to Italian and Irish music, and traveling to Italy, Ireland, St. Maarten, and Israel. In addition to her parents, she was predeceased by her sister, Geraldine Fabris. Rory is survived by her beloved husband, Bernard Flannery; her sons, Gerald (Gayle) and Father Michael Flannery; her siblings, Stephanie (Thomas) Fanning and Nicholas (Millie) Dragotta; her brother-in-law, Bernie Fabris; and numerous nieces, nephews, grand-nieces, and grand-nephews. Calling hours will be held on Wednesday December 29th from 4 to 7pm at the A.J. Cunningham Funeral Home, 4898 State Route 81, Greenville and on Thursday December 30th from 9 to 11am at Historic St. Mary’s Church, 10 Lodge St., Albany. A Mass of Christian Burial will be held immediately following at 11am, and then she will be laid to rest at Most Holy Redeemer Cemetery in Niskayuna.

Rosemarie Flannery, 80, passed away on Monday December 27, 2021 at St. Peter&#8217;s Hospital after a short illness. Rory was born on November 5, 1941 in East Elmhurst to the late Gerald B. and Christine Riccobono Dragotta. She was raised in... View Obituary & Service Information

The family of Rosemarie " Rory" Flannery created this Life Tributes page to make it easy to share your memories.

Send flowers to the Flannery family.