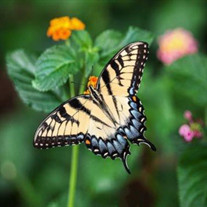 Sally Lou Peyrebrune (nee Warboys), a beloved wife, mother, grandmother, great-grandmother, and friend to many, departed this world for heaven on June 12, 2022. Sally is survived by her husband of 58 years, Henry L. Peyrebrune; as well as her five children, Henry (Tracy Rowell), Anne King (Patrick), Joan Walters (John), John (Allison Moses), and Robert (Leah Anderst); her eighteen grandchildren and two great-grandchildren; as well as her siblings, extended family members, and dear friends and neighbors who are simply too many to list. Sally touched the lives of so many around her. She was preceded in death and joins in heaven her two parents, Irving and Margaret Warboys; her sister, Judy; and her daughter-in-law, Kristin Peyrebrune. Sally staged a 34-year battle with a blood cancer, exceeding all life expectations. The family would like to thank Dr. Peter Lamperello, NYOH, and Dr. Joanne Van Woert for their loving care. Sally was born in 1938 in Batavia, N.Y., and she spent many of her childhood and adolescent years on the family farm. She earned her Bachelor of Science in education from SUNY Buffalo in 1960, and she spent much of her teaching career working with disabled students. Sally and Henry met in the Capital District, and they were married on November 23, 1963. While she and Henry raised their five children, Sally found time to continue this work by advocating for support for disabled kids as an elected member and vice president of the Regional Board of Cooperative Education. Later, as assistant to the Commissioner within the State of New York's Office of Mental Retardation and Developmental Disabilities, Sally oversaw as project director a yearly art exhibit, Exceptional Artworks, that included partnerships with art galleries across the state and featured works created by disabled adults. Sally was also an active parishioner of St. Thomas the Apostle Roman Catholic Church in Delmar. She earned diocesan certification to be a religious educator, and she spent thirty years teaching kids across a number of grades. She also gave her support to adults entering the faith by heading the Right of Christian Initiation for Adults. She and Henry regularly accompanied disabled adults in the local area to Sunday Mass, and she served her community as chairperson of the Parish Council. She was a loyal member of PEO, an organization that supports women's education, and the family thanks her PEO sisters for their support. Sally and Henry spent their retirement years doing the many things they love with those closest to them. They regularly hosted their children and many grandchildren for holidays and birthdays. They traveled extensively, as a couple, with groups of friends or family, and notably, with their grandkids. Sally and Henry established a tradition of taking two grandkids on a summer trip each year. They spent many summers at Schroon Lake in the Adirondacks and supported local environmental and nature preservation efforts. Sally was a great patron of the arts. She enjoyed classical music, theater, opera, art museums, and historical societies, and was a steadfast supporter of the many creative efforts within her own large family. Sally was a great reader, and worked hard to pass on her love of reading to her kids and grandkids. She took time each winter to carefully choose books from local bookstores for each member of her family to give as Christmas presents. Sally's loss in this world will be felt by so many people, her family most of all, but her love, her spirit, and her generosity will forever remain with us, buoying us up in her absence. Funeral services will be held in St. Thomas the Apostle Roman Catholic Church, 35 Adams Place, Delmar on Wednesday June 15. Visitation will be held in the chapel at 1 p.m. and the funeral Mass will be held at 2 p.m. Following her services, Sally will be laid to rest in St. Michael's Meadow in the Calvary Cemetery, 481 Route 9W, Glenmont. In lieu of flowers or other gifts, the family requests that remembrances for Sally be made in the form of donations to either of her two preferred charities, The Mohawk Hudson Land Conservancy, 425 Kenwood Ave. Delmar, NY, 12054, 518-436-6346 or at mohawkhudson.org/donate or the Regional Food Bank of Northeastern New York, 965 Albany Shaker Rd., Latham, NY, 12110, 518-786-3691 or at regionalfoodbank.net/ donate-money. Sally was a regular recipient of blood transfusions, and she depended on the generosity of everyday blood donors, so blood donations to the American Red Cross are also much appreciated, American Red Cross of Northeastern New York, redcross.org/ local/new-york/eastern- new-york.

Sally Lou Peyrebrune (nee Warboys), a beloved wife, mother, grandmother, great-grandmother, and friend to many, departed this world for heaven on June 12, 2022. Sally is survived by her husband of 58 years, Henry L. Peyrebrune; as well as her... View Obituary & Service Information

The family of Sally W. Peyrebrune created this Life Tributes page to make it easy to share your memories.

Send flowers to the Peyrebrune family.