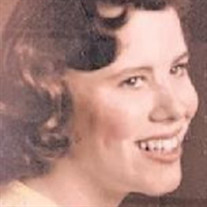 Sandra Ann Collins-Valenti, 80, entered eternal life surrounded by family and friends on Saturday, January 1, 2022, after a brief illness. She was born and lived all of her life in Troy. She was the daughter of Irish and German immigrants, the late Edward and Lillian Iveson Collins; and beloved wife of the late Louis Anthony Valenti Sr. who passed away on March 13, 2001, they were married for 40 years. Sandra will always be remembered as a devoted and loving mother, grandmother, sister, aunt, and friend. She was the kind of person who always put her family and friends needs before her own. Mrs. Valenti is survived by her beloved four sons, Louis Anthony Valenti Jr. and Valerie Friedlander of Saratoga Springs, Richard Joseph Valenti and his wife Cathleen of Averill Park, Daniel Joseph Valenti and his wife Sheri of East Greenbush, and Chad Valenti of Clifton Park; one sister, Lillian Collins Germain (late brother-in-law George Germain) of Voorheesville; three granddaughters, Kaitlyn Marie Valenti, Petra Ann and Brianna; one grandson, Giovanni Valenti; and several nieces, nephews, cousins and in-laws. In addition to her parents and husband, she was predeceased by her brother, Edward F. Collins (late sister-in-law Patricia Terrell Collins); and her sister, Patricia Collins Bennett (late brother-in-law Richard Bennett). A funeral Mass will be celebrated by the Reverend Edward Kacerguis on Saturday at 12 p.m. in the Shrine Church of St. Anthony of Padua in Troy. The Rite of Committal and interment will follow in St. Mary's Cemetery, Troy. Friends are invited to attend and may also visit with Sandra's family on Saturday, prior to the Mass, from 9 until 11 a.m. at the Bowen & Parker Brothers Funeral Home, 97 Old Loudon Road, Latham. In accordance with updated COVID-19 mandates, the wearing of a face mask is required both inside the funeral home and the church. Those wishing to remember Sandra and her family in a special way are encouraged to send contributions to the Shrine Church of St. Anthony of Padua, 28 State St., Troy, NY, 12180 or the American Lung Association of Northeastern New York, 155 Washington Ave., #201, Albany, NY, 12210.

Sandra Ann Collins-Valenti, 80, entered eternal life surrounded by family and friends on Saturday, January 1, 2022, after a brief illness. She was born and lived all of her life in Troy. She was the daughter of Irish and German immigrants, the... View Obituary & Service Information

The family of Sandra Ann Collins-Valenti created this Life Tributes page to make it easy to share your memories.

Send flowers to the Collins-Valenti family.