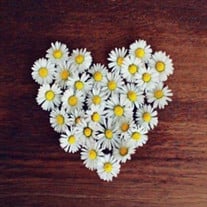 Thomas A. McTague, residing at Shaker Pointe at Carondolet in Latham, passed on Sunday, December 5, 2021, with his beloved wife Joyce Ann by his side. He was born in Haines Falls in Greene County, he was the last of eight children born to his parents, Charles and Laura Cole McTague. His family moved to Albany when he was in the eighth grade after which he transferred to and graduated from the former Vincentian Institute. He then attended Siena College and later joined the U.S. Navy during World War II, while his three older brothers were serving in the U.S. Army. He served on the USS Warren APA #53 attack ship in the South Pacific. He then returned home to his wife, the late Virginia Keane McTague, with whom he had two children, the late Thomas R. McTague, whose wife Marleen resides in Cohoes, and Lorraine Jennings (John) of Narraganset, R.I. Together they had six grandchildren and three great-grandchildren. Tom was a sophomore at V.I. when he entered an amateur contest at the former Grand Theatre in Albany, playing his alto saxophone and singing the song "IDA." He won the top prize in the competition. Tom was past treasurer of Normanside Country Club and the Albany Chapter of the March of Dimes, and was a former member of the Pine Hills Lions Club. He began his banking career at the former First Trust Company of Albany which later became Bankers Trust Company of Albany from which he retired as a vice president. He was a good golfer and was very proud of achieving three holes-in-one. He was a fifty-year member of Wolferts Roost Country Club. Tom will always be remembered for his blue Irish eyes and his wonderful Irish wit, as well as his ability to always make everyone laugh the moment he entered a room. His trademark is his infectious laugh and charismatic smile. He was very proud of his Irish heritage and enjoyed every day. Tom and Joyce Ann had a long and happy marriage, each and every day filled with love and laughter. Tom was predeceased by his brothers, Charles "Bud" McTague, Robert McTague who was in the Army and killed during World War II, and Harold "Mickey" McTague; and his sisters, Alice Cassidy, Eve McTague and her son Larry Willis, D.D.S. and Mary Bubonia. Funeral services on Thursday, December 9, at 9 a.m. in the Historic Church of St. Mary on Capitol Hill where his funeral Mass will be celebrated. The Rite of Committal will be held in St. Agnes Cemetery, Menands.

Thomas A. McTague, residing at Shaker Pointe at Carondolet in Latham, passed on Sunday, December 5, 2021, with his beloved wife Joyce Ann by his side. He was born in Haines Falls in Greene County, he was the last of eight children born to his... View Obituary & Service Information

The family of Thomas A. McTague created this Life Tributes page to make it easy to share your memories.

Thomas A. McTague, residing at Shaker Pointe at Carondolet in...

Send flowers to the McTague family.