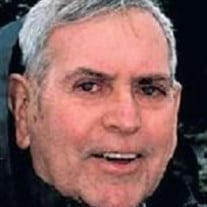 Thomas Joseph Reardon "Tom", 70, was called home to God on Saturday, March 19, 2022, in the comfort and privacy of his own home. Tom was born and raised in the Bronx and proudly served in the United States Army Reserves Corp. until his discharge in 1975. Upon graduation from Aviation High School in 1969, he went to work for New York Telephone Company, NYTEL, as a cable splicer. He continued in his position throughout the transitions to various companies retiring from Verizon in 2002, after 32 years. He took great pride in his job and always enjoyed being a "telephone man" He enjoyed a second career as a school bus driver for East Greenbush Central Schools and a courier for Hudson Valley Community College retiring in 2012. Tom loved fishing and being out on the water. In 2005, he secured the United States Coast Guard Master Captains license and served as a captain on the Albany Aquaducts. He always joked that he finally had a fun job. Tom was a member of the New York Association of Bell Tel Retirees, Melvin Roads American Legion and Nassau Sportsman's Club. In 2013, Tom was diagnosed with a rare and severe form of Leukemia. His chances of survival were negligible. His son Tom, and his wife Jennifer, did copious amounts of research and legwork and convinced Dana Farber Cancer Institute in Boston to accept Tom for their stem cell research program. Because of those efforts and the generosity of Tom's sister, Lorraine Prendergast, in donating these stem cells, Tom was given a second chance at life. But, his fortitude and constitution to fight this horrendous disease was not by accident. His commitment, and also, his stubbornness to not lose (one of his many love/hate qualities) are what made him so successful until the very, very end. Tom was a self-made man and devoted a lot of time to home projects. He inherited his talent for home improvement and his attention to detail on home improvements from his father, Hubert M. Reardon. He was a provider in all sense of the word. From building his dream home from scratch to ensuring his son had opportunities far beyond what was afforded to him, Tom's number one commitment was to his wife and only son. He simply wanted to make a great life for his family (along with a few boats and cars just because he couldn't resist the urge to buy a new toy now and then). He loved animals, and one of his most proud accomplishments was raising guide dogs for the visually impaired. One of his "students," Brec (meant to stay only for a few weeks) wound up finding a forever friend in Tom. We would like to think he and Brec are reunited; rehearsing their tricks that always ended in well-deserving treats. Predeceased by his father, Hubert Michael Reardon; survivors include his wife of 46 years, Maria (Bensi) Reardon; son, Dr. Thomas B. (Jennifer) Reardon; mother, Mary (McCloskey) Reardon; siblings, Lorraine (James) Prendergast, Daniel (Katherine) Reardon, Hubert (Carmel) Reardon. Relatives and friends are invited to attend his funeral Friday, 9 a.m. at Wm. J. Rockefeller Funeral Home, 165 Columbia Tpk., and 9:30 a.m. Mass at Church of St. Mary of Clinton Heights. Interment will be in Holy Sepulchre Cemetery, East Greenbush. Friends may call Thursday evening. from 4-7 p.m. in the funeral home. The family asks that contributions be made to the either Dana Farber Cancer Institute, The Guide Dog Foundation (of Smithtown) or St. Jude Children's Research Hospital in lieu of flowers.

Thomas Joseph Reardon "Tom", 70, was called home to God on Saturday, March 19, 2022, in the comfort and privacy of his own home. Tom was born and raised in the Bronx and proudly served in the United States Army Reserves Corp. until his discharge... View Obituary & Service Information

The family of Thomas J. Reardon created this Life Tributes page to make it easy to share your memories.

Send flowers to the Reardon family.