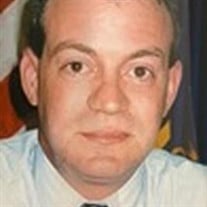 Timothy James “Tim” Weisenforth, 58, passed away on Monday April 4, 2022 at his home after a brief illness with his loving family by his side. Born on January 20, 1964 he is the son of Thomas and Angela Weisenforth of Green Island. Tim was a 1982 graduate of Heatly High School and would go on to proudly serve our country in The United States Army from 1982 to 1992. Following his honorable discharge, he was employed by Bendix Corp. and SteelKrafts in Troy until the time of his death. Tim married the love of his life, Jean Bayly Weisenforth on June 27, 1998. He enjoyed time spent with his family and friends at barbeques and holiday gatherings. Tim also enjoyed the Saratoga Race Course during the summer months and rooting for the Boston Bruins. Tim traveled to The Outer Banks, NC, Wells, ME and Florida with his family where he would spend time fishing with his father and children. He was a member and past Vice President of The Vagabond Club in Green Island, and a Commander of The American Legion Legnard-Curtin Post #927. In addition to his parents, Tim is survived by his loving wife, Jean Bayly Weisenforth; his sons, Timothy James “T.J.” (Maria) Weisenforth, Jr., Thomas Weisenforth; his daughter, Monica (Paul Howard) Weisenforth; his step-daughter, Rachel (Jared Hale) Boughton; his sisters, Mary Grace (Mark) Downs, Janet (Laura Turner) Weisenforth, Tami Weisenforth and Lynn (Tim) McGivern; and his aunt, Marie (William) Heffern. He is also survived by many cherished in-laws, cousins, nieces, nephews, great nieces, and great nephews. Tim was predeceased by his maternal grandmother Mary Michele Fargnoli; his paternal grandparents, Edward and Dorothy Weisenforth; and his aunt, Palma Fargnoli Thompson. Tim’s family would like to extend a special thank you to his niece, Cayce Beauregard for her time and devotion in caring for Tim during his last days. Funeral services for Tim will be held on Saturday April 9th at 10:00 am at The Parker Bros. Memorial Funeral Home, 2013 Broadway in Watervliet. Burial will follow at St. Patrick’s Cemetery. Relatives and friends are invited and may call at the funeral home on Friday April 8th from 4:00 – 7:00 pm.

Timothy James &#8220;Tim&#8221; Weisenforth, 58, passed away on Monday April 4, 2022 at his home after a brief illness with his loving family by his side. Born on January 20, 1964 he is the son of Thomas and Angela Weisenforth of Green Island. Tim... View Obituary & Service Information

The family of Timothy J. Weisenforth created this Life Tributes page to make it easy to share your memories.

Send flowers to the Weisenforth family.