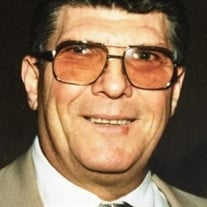 We are sad to announce the passing of Vincent Nicholas Iarossi, age 92, on Wednesday, May 25, 2022. Vincent lived in Fredericksburg, VA with his daughter Tara. Vincent was born October 23, 1929 in Albany and was the son of the late Frank Iarossi and Harriet Thayer Iarossi. He attended Christian Brothers Academy for high school, and graduated from St. Michaels College in Vermont with a degree in Sociology. Vincent, or Vinnie to his friends, had a successful career in the commercial fence industry, but his true passion was music. He began playing sax and clarinet in high school along with his twin brother, Frank. In college they started a 14-piece band playing big band and swing music. He continued to play music with concert bands and his own trio or quartet throughout his adult life. He played with the Liverpool concert band for many years, and with his own groups played on weekends at night clubs. In his later years he also played for nursing homes as a thank you for caring for his wife, Carole before her passing. Most recently he played several concerts with his quartet in his community. We would be remiss to note that his other passion was the NY Giants. Vincent is survived by his daughter, Tara Michele Iarossi and son George (Corte) Iarossi. His wife, Carole Bonner Iarossi, and the love of his life, passed away nearly 30 years prior and he never remarried. He was preceded in death by his brother Frank Iarossi, and his sister Francis (Marilyn) Iarossi Belge. There will be a private viewing for family at the Daniel Keenan Funeral Home, Inc. 490 Delaware Ave. Albany followed by a public Mass on Tuesday, June 7, 2022 at 12:30 p.m. at St. Francis of Assisi Church, 391 Delaware Avenue, Albany. The burial will be at St. Agnes Cemetery, 48 Cemetery Ave, Menands, NY.

We are sad to announce the passing of Vincent Nicholas Iarossi, age 92, on Wednesday, May 25, 2022. Vincent lived in Fredericksburg, VA with his daughter Tara. Vincent was born October 23, 1929 in Albany and was the son of the late Frank Iarossi... View Obituary & Service Information

The family of Vincent N. Iarossi created this Life Tributes page to make it easy to share your memories.

We are sad to announce the passing of Vincent Nicholas Iarossi,...

Send flowers to the Iarossi family.