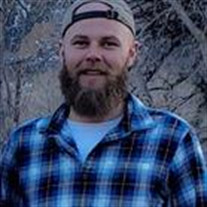 With broken hearts we share the passing of William Leary Jr., beloved son, brother, uncle, and friend. Born October 7, 1987 in Albany, NY, Billy found peace on April 4, 2021 in Fairplay, Colorado where he had moved recently in search of a new beginning. Though his time in Colorado was brief, he worked hard, had fun, and smiled a lot. Billy was welcomed to heaven by his father, Bill Sr., whom he loved and missed whole-heartedly; sister Lindsay; grandparents Grace and Paul Buchanan Sr., and Ned Leary; aunt Melissa Buchanan; and a host of other friends and family who had left this world before him. Though not always easy, Billy’s life was adventurous. Billy began his career as a roofer, later joining the sheet metal worker’s union to become an architectural sheet metal mechanic. Work brought Billy pride and a sense of accomplishment: he loved to show pictures or call out his projects while driving past. Next time you visit the Saratoga Race Track, stop and admire the copper roof; feel the sunshine on your face as you look up, and know that Billy is with you. Billy was a blue collar gentleman; a lover of nature, music, his family, and friends. He made friends with every dog he met. He was great at skateboarding and snowboarding and felt connected to the earth while hiking. He grilled a mean steak and enjoyed a good bonfire with Zac Brown playing in the background. In the spring and summer when temperatures rose, so did the volume and tempo of his music. He felt equally as alive at a crowded music festival entranced by the lights and sounds as he did lying quietly with his dog, Doug. Contrasts like this gave layers to a life well-lived and depth to his personality. Billy was always perfectly and unapologetically himself. Billy was curious and inquisitive, loved doing research, learning, trying new things, and dreaming. He read often and kept a journal. He had a silly sense of humor and could make anyone laugh. He was actually a really good dancer! He was patient and kind with children and wasn’t afraid to get down on the floor and play. He was a lego-builder his nieces looked up to. Billy was handsome with or without a beard, charming even when he didn’t mean to be. His intricate tattoos told his story and kept his secrets. We will forever remember Billy’s proud smile, contagious laugh, comforting hugs, the rough, weathered skin of his hard working hands, and his bright, golden-flecked eyes. Billy will be missed most by his mother, Linda; sisters Meaghan (Scott Morrissey) and Lauren (Christian) Grimshaw; and nieces Avie and Audrey. He is survived by his grandmother Virg Leary and many aunts, uncles, cousins and friends. Our heartbreak is rivaled only by our trust that Billy is finally free from worry, fear, and pain. We know Billy’s kind, gentle, courageous soul is now at rest. Calling hours will be May 1, 2021 from 10-11:30am at New Comer Funeral Home, 343 New Karner Road, Colonie, NY 12205. Friends and family may gather for a memorial service beginning at 11:30am.

With broken hearts we share the passing of William Leary Jr., beloved son, brother, uncle, and friend. Born October 7, 1987 in Albany, NY, Billy found peace on April 4, 2021 in Fairplay, Colorado where he had moved recently in search of a new... View Obituary & Service Information

The family of William E. Leary Jr. created this Life Tributes page to make it easy to share your memories.

With broken hearts we share the passing of William Leary Jr.,...

Send flowers to the Leary family.