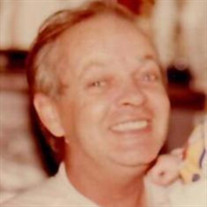 Willis S. Ash, 84, of Lansingburgh, peacefully entered into eternal life in the comfort of his home on Saturday, October 9, 2021. Born in Concord, NH and educated in Troy, NY, he was the son of the late Willis S. and Bernice A. Ash and the beloved husband for 50 years to his loving bride Theresa D. Foucher Ash, who passed away on November 16, 2007. Willis was a U.S. Air Force Veteran having honorably served and was honored with the Good Conduct Medal. Mr. Ash was employed as a Union Pressman for over 40 years having been employed at GBS Printing in Cohoes and previously at Whitehurst Printing in Troy, Williams Press in Menands and Fuller Printing in Albany. He was an accomplished member and the vocalist of “The Sunset Valley Boys” band, enjoyed fishing having spent many years fishing with his family at the Tomhannock Reservoir, golfing, was a competitive bowler and did not like to be on the losing end, playing cards and an avid CB’er who’s handle was “Streaker”. Providing and spending time with his family was most important to him and he could often be heard saying that, “my kids are my world.” Devoted father of Pamela (Chris) Petersen, Willis (Marlene) Ash, Dennis Ash, Cynthia (Michael) Leno and Lisa (Bill) Deerfield, dear brother of Bernice Ricci, cherished “Pépère” of Jeremy Aaron, Scott Messier, Joshua Messier-Ash, Heather (CJ Northrup) Messier, Silvia Ash, Kimberly (Charles) Costa, Kelly (Shaun) Brandow, Jonathan Ash, Heath Ash and the late Amanda Ash, adored grand “Pépère” of Brandon Northrup, Anthony Messier-Ash, Nathan Messier-Ash, Kayla Costa, Haliegh Costa, Emma Costa, Felicity Messier, Hunter Ward, Brantley Thibodeau, Abigal Cubit and Oliver Brandow, also survived by several nieces and nephews, cousins and their families and his grand-doggy, “Zazi”. Funeral service will be held on Friday morning, October 15, 2021 at 10:30 a.m. at the John J. Sanvidge Funeral Home, Inc., 565 Fourth Avenue (corner of 115th Street in Lansingburgh) Troy, New York 12182. Relatives and friends are invited and may call at the funeral home on Thursday, October 14th from 4:00 p.m. to 7:00 p.m. Interment with military honors will be held in St. Mary’s Cemetery, Troy. Those desiring, may make memorial contributions to the American Cancer Society, 1 Penny Lane, Latham, NY 12110, in memory of Willis S. Ash.

Willis S. Ash, 84, of Lansingburgh, peacefully entered into eternal life in the comfort of his home on Saturday, October 9, 2021. Born in Concord, NH and educated in Troy, NY, he was the son of the late Willis S. and Bernice A. Ash and the beloved... View Obituary & Service Information

The family of Willis S. Ash created this Life Tributes page to make it easy to share your memories.

Send flowers to the Ash family.