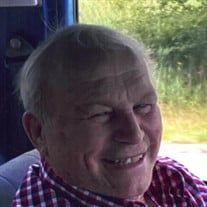 Anthony S. D’Amico, 76, passed away on Sunday, January 30, 2022. Born in Schenectady, NY, he was the son of the late Frank D’Amico and Lena Verti D’Amico. He was happily married to Jean Bacon D’Amico for 48 years. Anthony graduated from Draper High School where he received many titles and was even the State Champion in wrestling. He was also involved in track and field during his high school years. He retired from CDTA where he was a mechanic. He had a passion for cars from owning a 65’ Chevelle to building his own Roadster. He could often be found tinkering in the garage. At his camp he spent many mornings sitting on the front porch drinking coffee surrounded by the peace and quiet. He loved spending time with his family and would do anything for his children and grandchildren. He is survived by his loving wife, Jean, his daughters; DeeAnn (John) Oliver, Janell (Michael Jr.) Sindoni, Nichole D’Amico (Steve Schy), and Toni D’Amico (Jeff Smolen), his grandchildren; Alessio, Maximus, and Vincenzo Sindoni, Barak, Evie, Ava, and Garyn Schy, Riley and Baker Smolen, his sister Marie Rhinesmith, nieces, nephews, cousins, and many friends. Along with his parents Frank and Lena, he is also predeceased by his sister Rosalie D’Amico and his brother John D’Amico. Calling hours will be held on Wednesday, February 9, 2022 from 11:30am to 1:30pm at the DeMarco-Stone Funeral Home, 1605 Helderberg Ave. Schenectady, NY 12306. A celebration of life will follow at 1:30pm at the funeral home. Anthony will be laid to rest in St. Cyril’s Cemetery in Rotterdam.

The family of Anthony S. D'Amico created this Life Tributes page to make it easy to share your memories.

Send flowers to the D'Amico family.