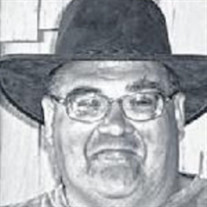 David Loren Baldowski passed away on April 8, 2021. He was born in Albany on September 2, 1963, and spent most of his life living in the Capital District before moving to North Carolina. As the youngest brother of four, he grew up caring for other people, as well as his beloved dogs. He was always ready to help everyone in any way: removing snow, giving personal care, providing encouragement, driving to medical appointments or volunteering at churches, the Zaloga Post, or local Polish social clubs. He gave more than his time and was a lifetime giver of 138 double red cell blood donations for the American Red Cross, receiving a Lifetime Donation Achievement Award for these life-giving efforts. Dave was a family man. Everyone remembers him as a devoted son, caring for his mother for many years before her death. He also cared for his brothers and sister-in-law, a constant helper through any of their challenges. Dave's concept of family also extended way beyond those who were blood related. As a loyal friend and family member, David could be a strong man and advocate for others when he needed to. Yet, he most often preferred to put his compassionate soul out to those in need. He was always the first to call and check in with people and to ask how they were doing. He was generous with his humor, love, and wisdom and sometimes would even write a poem or sing a song to make someone's day. Everyone could be sure, if Dave loved you, you were one of his own. To his Godchildren, he was fondly known, as just "God" because he was bigger than life and always near. In this role of Godfather, he was willing to take risks and to use firm talk, as well as loving kindness, to guide his godchildren through life. He always did his best to support their achievements and attend concerts, plays and award or religious ceremonies throughout their life. Some of the best times were the vacations he shared with the children and their family. David was a devout Catholic and member of St. Casimir, Holy Cross/All Saints Churches in Albany and St. Michael's in Cohoes, NY. He served the churches in many capacities as trustee, altar server, choir member, groundskeeper and more. Dave also served as an officer and other leadership roles in many of the clubs and organizations he was a part of. Dave was a graduate of the Christian Brothers Academy class of 1981. He was also a 1983 graduate of Hudson Valley Community College, where he received his degree in business marketing. In the early years, David worked at the New York State Thruway Authority but spent most of his career as a loyal and conscientious caretaker at Our Lady of Angels Cemetery in Colonie, N.Y. To carry on his legacy, he leaves his older brother and best adventure buddy, Raymond F. Baldowski (Elizabeth City, N.C.); his cherished Godchildren: Alexandria (Glenville, N.Y.), Christian (Hav're De Grace, MD) and Marina Hope Cecilia O-Milne (Ballston Spa, N.Y.); the entire Milne family; many life-long and family friends, in addition, his beloved sister-in-law, Colleen O' Melia-Baldowski (Greg's wife). David's services will be held on Saturday, September 18, at All Saints Catholic Church, 19 Homestead St. Albany. Family condolences begin at 8 a.m. at the Church. A Mass of Christian Burial begins at 9 a.m. and Interment in Our Lady of Angels Cemetery in Colonie, NY is at 10:30 a.m

David Loren Baldowski passed away on April 8, 2021. He was born in Albany on September 2, 1963, and spent most of his life living in the Capital District before moving to North Carolina. As the youngest brother of four, he grew up caring for... View Obituary & Service Information

The family of David L. Baldowski created this Life Tributes page to make it easy to share your memories.

Send flowers to the Baldowski family.