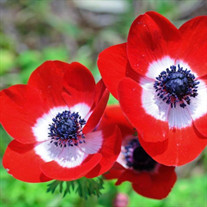 Frederick F. Sajler, 89, formerly of Watervliet, beloved husband of the late Joan Mary (McGowan) Sajler, passed away on Sunday, January 2, 2022 at Loudonville Assisted Living Residence. Born in Watervliet on March 7, 1932, he was the son of the late Frank and Stella (Rogus) Sajler. Fred and Joan were married on June 13th, 1958 and enjoyed 61 beautiful years of marriage together before her passing in 2019. Fred honorably served his country in the US Army during the Korean Conflict Era from 1956 to 1962. Fred worked as a belt-slitter and was employed by Norton Co. in Watervliet for 43 years retiring in 1993. He was a former parishioner of Immaculate Conception Church in Watervliet, former member of the Pulaski Club, as well as a member of the United Paper Makers Union Local #17. He will always be remembered as a handyman, enjoying tinkering with many projects. He will be forever loved and eternally cherished by all who knew him. In addition to his parents and beloved wife, Fred is predeceased by his dear son Mark Sajler as well as siblings Frances Nicsevic, Judy Willis, Cecilia Patrick, John Sajler, Eleanor Falasco, William Sajler and Helen Scensny. Survivors include his sister Dorothy "Dutchie" Quintal, several nieces and nephews, as well as several great nieces and nephews. Funeral services will be held at Dufresne & Cavanaugh Funeral Home, 149 Old Loudon Road, Latham On Friday, January 7th, 2022. Calling hours from 9:00 – 10:00 am with a prayer service at 10:00 am, Fr. Geoffrey Burke, of Our Lady of the Assumption Church, officiating. Fred will be laid to rest with military honors at Immaculate Conception Cemetery, Colonie beside his late wife and son.

Frederick F. Sajler, 89, formerly of Watervliet, beloved husband of the late Joan Mary (McGowan) Sajler, passed away on Sunday, January 2, 2022 at Loudonville Assisted Living Residence. Born in Watervliet on March 7, 1932, he was the son of... View Obituary & Service Information

The family of Frederick F. Sajler created this Life Tributes page to make it easy to share your memories.

Send flowers to the Sajler family.