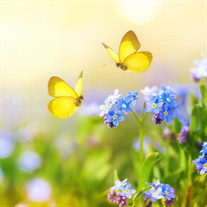 James E. Stahl, 63, passed away on April 23, 2022 surrounded by his wife and children after a tough battle with Cruzfeldt-Jakob Disease (CJD). Jim was born on October 14, 1958, to Margaret Weidman and the late Henry Stahl. He married the love of his life and best friend, Diane Novotny, on June 6, 1981, with whom he went on to raise four daughters. Jim was a devoted husband, father, son, brother, uncle, and a beloved grandfather and friend. After graduating from Scoharie High School in 1976, he went on to graduate from Suny Cobleskill in 1978 with an Associate’s Degree in computer science. He spent many years as a computer programmer, quickly becoming an expert in his field working within various insurance companies including Blue Shield and with Farm Family for the past 15 years. Jim was a loving husband and father. He could always be found at any one of his many daughters sporting events, never missing a game. He was the kind of man you could ask anything of and always count on. Those that met Jim quickly found out he was a father to four girls as his face lit up whenever he spoke about his family. In recent years, he was blessed with 3 grandchildren with whom he loved spending time with. His family will remember all the laughs, support and love he gave during his life. At the age of 19, Jim found his second love, skydiving. With over 40 years of experience and almost 12,000 jumps, saying he loved the sport is an understatement. He began this journey at the Albany Skydiving Center and in 2001 he partnered with a few close friends and opened Mohawk Valley Skydiving. Jim would spend as much time as he could up in the skies. In more recent years, Skydive the Ranch became his skydiving home. He had many accomplishments throughout his skydiving career, including multiple photo publications in magazines, helping with the West Point Parachute Team, competing in the USPA Nationals, and jumping into Elms Farm with Santa and the Elves, along with jumping into many sporting events and celebrations. Jim was more than just the camera man, he was a man of expertise, encouragement, and guidance. Jim utilized his talent and passion as the proud owner of Lenshead Aerial Services. He was someone to go to if you needed an ear to listen, a good laugh, or just a cold beer. He will be greatly missed by all of his skydiving family. Predeceased by his loving father, Henry (Claudette) Stahl. To continue his memory is his wife, Diane Stahl; mother, Margaret Weidman; Daughters: Kimberly (Ethan) Crofut, Caitlin (Camren) McKenna, Jenn Stahl, Christina (Mike) Gerasia; Grandchildren: Kaiden, Greyson, Maya; Mother, Margaret (Ellery) Weidman; Brothers: Jeff (Manuela) Stahl, Joe (Brenda) Stahl; as well as numerous nieces, nephews, and cousins. Calling hours will be held at the Glenville Funeral Home, 9 Glenridge Rd. on Thursday, April 28th from 5 to 8 PM. A Celebration of Life Service will begin at 11 AM on Friday, April 29th at the Glenville Funeral Home. Burial at St. Anthony's Cemetery will follow service.

James E. Stahl, 63, passed away on April 23, 2022 surrounded by his wife and children after a tough battle with Cruzfeldt-Jakob Disease (CJD). Jim was born on October 14, 1958, to Margaret Weidman and the late Henry Stahl. He married the love... View Obituary & Service Information

The family of James E. Stahl created this Life Tributes page to make it easy to share your memories.

Send flowers to the Stahl family.