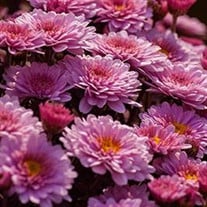 Joan A. Valoze, 79 of Savannah, GA, beloved wife of the late John A. Valoze, passed away peacefully on April 6th, 2022. Born in Canastota, NY on May 31, 1942, she was the daughter of the late Louis and Catherine (Boylan) Musacchio. Joan married John A. Valoze on July 24, 1965, and the two cherished 47 years of marriage before his passing on May 13, 2012. Joan was a teacher with the Maplewood School District for over 24 years, retiring in 2006. She was a resident of Latham for 25 years and had lived in The Villages, Florida since 2007. Joan was also a member of the New Horizons Band where she played the oboe and a clarinet player for the Strollers Band, both in Florida. She was a member of the Shen Senior Orchestra. Joan enjoyed keeping in shape through running, golfing, water aerobics, and bike riding, she was a diehard exercise buff. Joan was a devout Catholic and was a parishoner of Our Lady of the Assumption Church. Surviving are her three sons, John Louis Valoze (Stacy) of Lake Mary, Florida; Louis John Valoze (Clara) of Savannah, Georgia; Carman Salvatore Valoze of Halfmoon, New York; grandchildren, Matthew Valoze, Gianni Valoze, Malena Valoze and Evan Valoze. In addition to her parents and late husband, John, Joan is predeceased by her brother, Paul Musacchio. Relatives and friends are invited and may call on Sunday, April 10th, 2022 from 4-7pm at Dufresne & Cavanaugh Funeral Home, 149 Old Loudon Rd. Latham. A memorial mass will be celebrated on Monday, April 11th, 2022, 10am, at Our Lady of the Assumption Church, 498 Watervliet-Shaker Road, Latham with Rev. Geoffrey Burke Interment will take place with her beloved Jack in St. Mary's Cemetery, Troy In lieu of flowers contributions can be made in Joan's name to the Children's Research Hospital, 1 Computer Dr. S # 104, Albany, NY 12205 or to Susan G. Komen for the cure, Attn: Donor Services PO Box 650309, Dallas TX 75265-0309

Joan A. Valoze, 79 of Savannah, GA, beloved wife of the late John A. Valoze, passed away peacefully on April 6th, 2022. Born in Canastota, NY on May 31, 1942, she was the daughter of the late Louis and Catherine (Boylan) Musacchio.... View Obituary & Service Information

The family of Joan A. Veloze created this Life Tributes page to make it easy to share your memories.

Send flowers to the Veloze family.