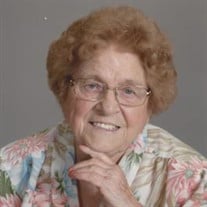 Katherine “Kaye” E. Conroy, 94, died Monday, January 3, 2022 at the Van Rensselaer Manor in North Greenbush. She was born in Troy on August 17, 1927, the daughter of the late Edward and Emma Goyer Jannicelli. Kaye was raised and educated in Troy. She was employed previously by the Watervliet Arsenal and Tek-Hughes in Watervliet. In 1949, she opened with her husband Bill, Conroy’s Bait Shop, a fixture on 19th Street in Watervliet. It is still in continuous operation under the care of her son Michael. Kaye lived upstairs and was always available anytime day or night via the doorbell to assist the fisherman in the area with their bait. She was a communicant of the former St. Patrick’s Church in Watervliet and presently the Immaculate Heart of Mary Church. She was a member of the St. Patrick’s Craft Guild and the Rosary Society. She was a member of the Watervliet & Green Island Senior Citizens where she enjoyed ceramics and crafts. She loved Christmas and made her famous Christmas stockings for all of her family. She was the beloved wife of 38 years to the late William H. Conroy who died in 1986; devoted mother of William H. (Faith) Conroy, Jr., Karen (late Paul) Corey, Michael (Diane) Conroy, Gary (late Carol) Conroy, Colleen (David) Messier and Sally (Jerry) Rushford; adored grandmother of Colleen (Warren) DeMoranville, William H. Conroy, III, Michele Conroy, Christine Wilkinson, Brian (Lisa) Corey, Matthew Corey, Wendy Conroy, Paul Luste, Peter (Priscilla) Luste and Alyssa Luste, Tracie Lynn (Michael) Chouinard and Nicole Messier (John) Marino; great grandmother of Kiley, Aaron, Avery, Julianne, Paul, David, Chase, Dylan, Ella, Luca and Jules; great-great grandmother of Grayson; sister of Joann (late Roger) McKay and the late Edward (late Lucille) Jannicelli, Francis (Mary) Jannicelli, Donald (Florence) Jannicelli and Robert (late Sharon) Jannicelli. Also survived by several nieces and nephews. The funeral will be Friday at 9:15 am from the Parker Bros. Memorial, 2013 Broadway, Watervliet and at 10 am at the Immaculate Heart of Mary Church, Watervliet. Interment St. Patrick’s Cemetery, Watervliet. Relatives and friends may call at the funeral home on Thursday from 4-7 pm.

The family of Katherine Conroy created this Life Tributes page to make it easy to share your memories.

Send flowers to the Conroy family.