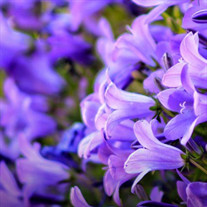 Mary “Cathy” Catherine Stich, 59, entered into eternal life on March 11, 2022 at home with her loving family at her side. Mary was born in Oneida, NY on January 2, 1963, she was the daughter of the late Stanley P. and Catherine Anne (Conley) Durant. A 1981 graduate of Vernon-Verona-Sherrill High School. She married her high school sweetheart, Stephen Stich, on September 18, 1982 at Saint Helena's Church in Sherrill, NY. Throughout high school, Cathy was a talented runner; she still holds track and cross country records. She was an early riser, who would run every day, even in the middle of winter. For years she coached cross country running and track at VVS HS. In 1998, Cathy and Stephen moved their family to Glenville where they planted roots within the community. A loving mother to her 3 children, she did everything in her power to make sure they were happy, successful and most importantly loved. Her greatest joy was being with family, especially her grandchildren. Cathy and Stephen shared many adventures throughout their travels, from Anchorage, Alaska to Costa Rica; Cathy would make sure she packed her running shoes! They also enjoyed kayaking and going to the theatre together, many family gatherings were spent at SPAC. For over 20 years, Cathy worked as a Program Supervisor for the Center for Disability Services in both Glenville and Schenectady. The Stich family attended Immaculate Conception Church where Cathy was a Eucharistic Minister, catechism teacher and devoted volunteer for church activities. She was a dedicated member in her community and will be missed by all who knew her. In addition to her parents, she was predeceased by her brothers, Matthew and Martin Durant. Survivors include her husband, Stephen, her sons, Daniel (Ashley) and David Stich; daughter Norah (Brandon) Capron; cherished grandchildren: Adeline, Aurelia and Marina Stich; William, Cole and Laila Capron. Mary leaves behind her beloved sister, Melissa (Jeffrey) Chamberlain; several aunts, uncles and cousins, as well as her nieces and nephews. Calling hours will be held at the Glenville Funeral Home, 9 Glenridge Rd. on Tuesday, March 15th from 6 to 8 PM. A Mass of Christian Burial will begin at 10 AM on Wednesday, March 16th at the Church of Immaculate Conception, 400 Saratoga Rd. in Glenville. Inurnment will follow at St. Anthony’s Cemetery.

The family of Mary " Cathy" C. Stich created this Life Tributes page to make it easy to share your memories.

Send flowers to the Stich family.