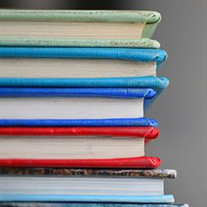 MaryGrace (Crispo) Warren entered into eternal life on Sunday, March 27, 2022, at the age of 91. MaryGrace was the daughter of the late John and Mary (Nistico) Crispo and was born to them in Watervliet, on October 14, 1930. Raised in Watervliet, she was a 1948 graduate of Catholic Central High School in Troy, and a 1952 graduate of The College of Saint Rose. MaryGrace later furthered her education at both Oneonta and Plattsburgh State Colleges. MaryGrace dedicated much of her life to a career in teaching and taught at the elementary, middle and high school levels. Her career began at School 12 in Troy and the Powers Elementary School in Lansingburgh. She later taught at various schools in New York City and Westchester County and lastly at the former St. Marie's School in Cohoes, from where she retired following 40 years of educating students. MaryGrace was named four times to Who's Who Among America's Teachers. She enjoyed times spent with her family, cooking, baking and was an avid reader. MaryGrace was the beloved wife for 55 years of the late William T. Warren, to whom she was married at Our Lady of Mt. Carmel Church in Watervliet; the loving mother of Pamela A. Warren of White Plains and Latham; dear sister of Carmel "Carm" Crispo of Troy; and cherished aunt of MaryEllen (John) Kane, Larry (Katie) Dewine and Rick Dewine, Rod Crispo, and Greg Crispo. Several grandnieces and grandnephews, great-grandnieces and great-grandnephews and cousins also survive. In addition to her husband and parents, MaryGrace was preceded in death by her siblings, Joseph Crispo, Elizabeth "Betty" Crispo, Reverend Roderick Crispo, OFM, Victoria Dewine, and Benjamin Crispo; and her nephew, John Dewine. A funeral Mass for MaryGrace will be celebrated by the Revered Richard Donovan, OFM on Saturday, at 9:30 a.m. in the Shrine Church of St. Anthony of Padua, 28 State St., Troy. The Rite of Committal and interment will follow in St. Mary's Cemetery, Troy. Friends are invited and may also visit with MaryGraces' family on Friday from 4 until 7 p.m. at the Bowen & Parker Brothers Funeral Home, 97 Old Loudon Road, Latham. Those wishing to remember MaryGrace in a special way are encouraged to consider a donation to St. Jude Children's Research Hospital, 501 St. Jude Place, Memphis, TN, 38105.

MaryGrace (Crispo) Warren entered into eternal life on Sunday, March 27, 2022, at the age of 91. MaryGrace was the daughter of the late John and Mary (Nistico) Crispo and was born to them in Watervliet, on October 14, 1930. Raised in Watervliet,... View Obituary & Service Information

The family of MaryGrace Warren created this Life Tributes page to make it easy to share your memories.

Send flowers to the Warren family.