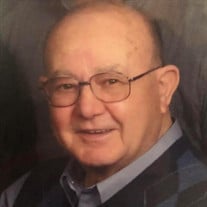 Massimo “Max, the Barber” Spezzaferro, 82, of Rotterdam, passed away at home surrounded by family and friends on Tuesday, August 17, 2021. All those present spent an hour in prayer, preceding his death, led by the priest after he received Extreme Unction and the Apostolic Blessing. Having finished the 15 decades of the Holy Rosary the priest read the prayers for a departing soul. He died at the conclusion of those prayers during the Octave of the Assumption of the Blessed Virgin Mary into Heaven. Massimo was born in Silvi Marina, Italy on January 7, 1939, to the late Giovanni Spezzaferro and Emilia Verrigni. In Italy, he was a fisherman with his father and loved playing soccer. He worked to provide for his family. He left Italy on January 30, 1956, traveling on the S.S. Independence, arriving in New York City on February 8, 1956. As a 17-year-old, alone in a strange country, he began to build his life. Along the way, he made many friends, like the cook on the ship that fed him extra steaks and the driver on the bus who helped him get to Summit Hill, Pennsylvania. When he arrived there, he worked for a clothing factory. Always being the athletic type, he also loved to box. He worked hard to send money home to his family, a major reason for coming to America to begin with. He made his way to Schenectady and began to build his life, always thinking about his goal of building a house for his parents in Italy. He began working for the railroad and local construction companies. After many adventures, he settled on becoming a barber. He bought Siena Barber Shop and built it into a successful business, counting the NYS Troopers and Siena Friars among his clientele. On September 3, 1972, he married Zelinda DiStefano and raised a beautiful family. In 1986, he began Classico Barber Shop in Halfmoon, NY. He continued to serve his clients and built a popular business. Throughout the years, he made many friends and provided for his family. He was a giving person and gave everything he could to those in need. He was a true friend and had many friends because of the goodness of his heart. Although Massimo only ever wore his New York State Trooper hat, he was a man of many hats. He was “amore mio” to his wife, Dad and Pops to his children, Nonno to his grandchildren, and Max the Barber to his clients and friends. He took so much joy in cooking, serving his homemade wine, growing his garden, and making sausage or capicola with anyone who wanted to learn. He was happiest surrounded by his family and friends, making everyone laugh with a story or a joke. It was never a real party until Massimo started to sing. He sang with his heart and soul to bring joy to everyone. His heart was big enough to embrace everyone. Massimo was predeceased by his parents, his brother Stefano, and his beloved son John (Nicolina). He is survived by his adoring wife, Linda, who devoted her life to caring for him these past few years; his devoted daughter, Sandra (Scott) LaBrake; his precious grandchildren, Alex, Samantha, Massimo, and Gioia; his sister, Anna, brother Mario in Italy; many nieces, nephews, and cousins both here and in Italy. Also survived by Joe "Giuseppe" Parisi (Tonya) and family. Joe was like a son to him. We are very grateful to the people who gathered around him right up until the end by the providence of God. It is so fitting because he spent his life taking care of others. Calling hours will be held on Friday from 4-7 pm at the DeMarco-Stone Funeral Home, 1605 Helderberg Ave. Funeral services will begin on Saturday morning, 9 am at the funeral home. Entombment will follow at Sts. Cyril & Method Cemetery.

Massimo &#8220;Max, the Barber&#8221; Spezzaferro, 82, of Rotterdam, passed away at home surrounded by family and friends on Tuesday, August 17, 2021. All those present spent an hour in prayer, preceding his death, led by the priest after he... View Obituary & Service Information

The family of Massimo Spezzaferro created this Life Tributes page to make it easy to share your memories.

Send flowers to the Spezzaferro family.