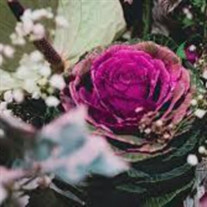 Ruth Rebecca Gates Glasser, Charlton, New York, died peacefully at Wesley Health Care Center on January 8, 2022, in Saratoga Springs, New York. Born on March 30, 1927, in Washington DC, the eldest daughter of John and Georgeanna Gates, Ruth graduated from Washington High School in Princess Anne, Maryland, in 1944. She earned a secretarial certificate from Beacom College in Wilmington, Delaware, and subsequently worked for the Airline Pilot’s Association in Washington DC, during which time she met her future husband, Tom Glasser. Before the children were born, Ruth worked for General Electric in Liverpool, New York and Schenectady, New York. Ruth and Tom met in 1950 and married in June of 1952. ­­­­­­“A domestic engineer,” she devoted her life to her family. She introduced skiing to everyone in 1966, and it became a family passion throughout the children’s grammar school, high school, and college years. She and Tom loved the Adirondack Mountains as a home away from home in the winter, and they loved to swim and water ski at Northampton Beach at Sacandaga Lake in the summer. Friends were always welcome at home, at the ski area, and at the lake. A Burnt Hills Library volunteer of many years, Ruth also volunteered for 40 years for Meals on Wheels, the later years with Tom after he retired. Her love for flying led her to Ground School and earning her Private Pilot’s license in December of 1981. She earned ten sets of wings and flew until her 80th birthday. Downhill skiing, water skiing, tennis, and aerobic dancing were her passions. She loved life and loved spending it with her devoted husband, her children, grandchildren, and friends. Ruth is survived by her husband Tom , son Christopher (Linda) of Sandy, Utah, daughter Anne (Ed) Brennan, of Cary, North Carolina, granddaughters Annabah Pearl and Jean Estelle Glasser. She is survived by numerous nieces and nephews and their families. Her beloved son Joseph, and daughter-in-law Kelly, passed away in a kayaking accident in August 2010. The Glasser family is blessed with wonderful neighbors and friends whose countless gifts of time, love and laughter will always be a part of Ruth’s beautiful memory. A Celebration of Life and Mass of Christian Burial will be held at the Church of the Immaculate Conception in Glenville, New York on Wednesday, January 12, 2022 at 11:00 a.m., followed by interment at Most Holy Redeemer Cemetery in Schenectady, New York. Friends are welcome at 10:00 a.m. to give condolences to the family before Mass. Mass will be lived streamed on church website.

The family of Ruth R. Glasser created this Life Tributes page to make it easy to share your memories.

Send flowers to the Glasser family.