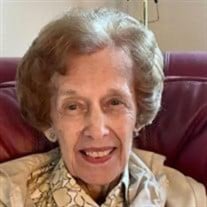 Theresa Conley passed away peacefully on April 12, 2022, at her home in Queensbury, surrounded by her family. Born on September 12, 1935 in Albany, NY, Theresa was the second daughter of Anthony Mazzone and Angeline (Fusco) Mazzone. Theresa graduated from Phillip Schuyler High School in Albany. She began working with her father at an early age, first by selling Christmas trees and then in her father's garage. When her children had grown, Theresa volunteered with Meals on Wheels, and then worked many years at Howard Johnson in Lake George, making countless friends. She worked alongside her husband Joe at Hudson News for many years. Theresa met Joe Conley, at the age of 12, swimming at the Lincoln Park pool, a story she often told her grandchildren, with a broad smile. Theresa and Joe grew up together in Albany and married on March 2, 1957, celebrating their 65th Anniversary this past March. Theresa treasured her family of six children, Joanne Conley (Cole Hickland) of Queensbury; Susan Salice (Thomas) of Rye; Regina Bethel (Steve) of Queensbury; John Conley (Kerry) of Saratoga; Michael Conley and Raymond Conley (Elaine) of Queensbury; thirteen grandchildren, Andrew, Alexander (Alyssa) and Christine Benway; Sarah, Regina (Devin) and Bridget Salice; Kathleen, Shelagh and Maeve Conley; Stephen (Kim), Joel and Raymond Bethel; Jack Conley; a great-granddaughter, Violet, and two great-grandchildren arriving soon. Theresa is predeceased by her brother Louis Fiorino. She is survived by her sister Margaret Mc Donough of Round Lake and Frederick Mazzone of Colonie. Theresa was active with St. Vincent's Church in Albany and was a parishioner at Our Lady of the Annunciation in Queensbury. When her children were in school Theresa was active in PTA and when grandchildren came along she was at most sporting events, musical concerts and graduations. Theresa loved early summers in Lake George with her family, weekends at the beach in Guilford working on a puzzle and summer holidays at Eagle Lake watching her grandchildren fish. Theresa had a skill for design, both inside and outside her home. She won the Town of Queensbury Beautification Award for her beautiful home landscaping and perennials; and for many consecutive years she won Best Traditional Christmas Tree design at the Festival of Trees Special thanks to High Peaks Hospice and the “Home for your Loved Ones” care team including Darlene, Elly, Grace and Chrystina. Family and friends may call from 5:00 - 7:00 pm on Monday, April 18, 2022 at Singleton Sullivan Potter Funeral Home, 407 Bay Rd, Queensbury, NY. A Mass of Christian Burial will be held at 10:00 am on Tuesday, April 19, 2022 at Our Lady of the Annunciation Church, 448 Aviation Rd, Queensbury, NY followed by interment at Our Lady of Angels Cemetery, 1389 Central Ave., Albany, NY.

Theresa Conley passed away peacefully on April 12, 2022, at her home in Queensbury, surrounded by her family. Born on September 12, 1935 in Albany, NY, Theresa was the second daughter of Anthony Mazzone and Angeline (Fusco) Mazzone. Theresa... View Obituary & Service Information

The family of Theresa A. Conley created this Life Tributes page to make it easy to share your memories.

Send flowers to the Conley family.