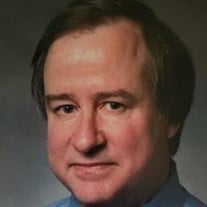 Our beloved husband and father, Timothy R. Heilman, passed away at home on May 22, 2022, after a six year battle with cancer, surrounded by his family. Born in Boston to Oscar and Roberta (Michael) Heilman, Tim grew up in New Jersey and Pennsylvania. After high school, Tim attended the Virginia Military Institute where he was an English major. He knew that his true calling was in art, so he transferred to Glassboro State College (now Rowan University) to pursue his bachelor’s degree in art education. Tim obtained his master’s degree in education from SUNY Albany and began a 33-year career teaching secondary art in the East Greenbush Central School District. Upon his retirement he accepted a position at Catholic Central High School, a position he enjoyed immensely for 11 years. Subjects that he taught included painting and drawing, studio in art, ceramics, photography, cartooning, and computer graphics. Tim was a gifted artist who delighted family, friends and students with his charcoal drawings, water colors and ceramics. In addition to his love of art and teaching, Tim had a keen interest in history, especially the Civil War and World War II. He also was very knowledgeable about the Titanic, giving lectures and having membership in Titanic societies. He and Annette traveled to Halifax, Nova Scotia, to an international convention in 2019 when he was in remission. Tim was also a very active member of the East Greenbush-Nassau Kiwanis Club and served two terms as President. More than anything, however, Tim enjoyed spending time with his family and friends. He and Annette shared hosting theme dinners (such as Titanic), having progressive dinners with their neighbors, and traveling to Florida and California. Always a person to share his creativity, he often helped Annette with her students’ concerts by making fantastic props to enhance the music. Tim will be remembered for his resolve in the face of adversity, his marvelous sense of humor, his quick- witted puns, his storytelling and his selfless nature. Tim is survived by his loving wife of 38 years, Annette (Whalen) Heilman, son Daniel (Christina) of Latham, daughter Wendy (John) Bradwell of Albany, granddaughter Kylie Curran of Albany, sister Donna Cortese of California, step sister Susan (Mitchell) Beck of Pennsylvania, and nieces Amy (Karen) Cortese and Vicki (Patrick) Powers of California. He was predeceased by his brother Theodore, step father Philip Blumberg, and nephews Adam and Gerald Cortese. The family would like to thank the Visiting Nurses of Albany and the Community Hospice for their care during his illness. A funeral service for Tim will be held on Thursday at 10 am in the Bowen & Parker Bros. Funeral Home, 97 Old Loudon Road, Latham. Friends are invited to attend and may also visit with Tim’s family on Wednesday from 4 until 7 pm at the funeral home. A private entombment will be held in Most Holy Redeemer Cemetery, Niskayun

Our beloved husband and father, Timothy R. Heilman, passed away at home on May 22, 2022, after a six year battle with cancer, surrounded by his family. Born in Boston to Oscar and Roberta (Michael) Heilman, Tim grew up in New Jersey and Pennsylvania. After... View Obituary & Service Information

The family of Timothy R. Heilman created this Life Tributes page to make it easy to share your memories.

Our beloved husband and father, Timothy R. Heilman, passed away...

Send flowers to the Heilman family.